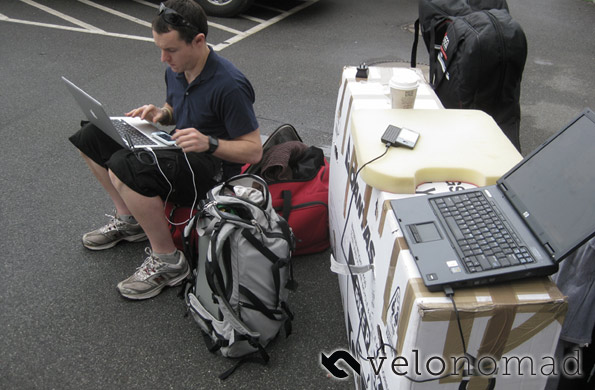 We now sell prepaid SIMs for France and the EU. You can get a data-only SIM or a SIM for calls, text and data. Get them from our store.

If you’re cycling through France, at some point you’re likely going to find yourself needing to make a phone call or wanting to use the Internet. Don’t think for a second that if you have the latest Android or iPhone you have nothing to worry about. In France, you can't even rely on public WiFi router all that much.

The fact is, being able to use your phone in France can be expensive. Finding and obtaining the most cost-effective solution can also be time consuming. And don’t fall for the pick up a SIM card at the airport when you get there mindset. You could spend anywhere between 48 and 72 hours getting that card activated.

You’ll need your passport and possibly a French credit card or mailing address. Worse, in a lot of cases, the cheapest mobile data in France won’t even be available to you unless you have a French bank account or credit card.

If you want the cheapest mobile data in France and avoid a lot of hassle, you have to have a little foreknowledge about what you’re getting into.

More and more networks and Mobile Virtual Network Operators are springing up, with many aiming to provide the cheapest mobile data to travellers. Be aware though, many of them aren't easy to set up, top-up and maintain.

Figuring out who provides the cheapest mobile data in France isn't easy, because:

Ideally, you'll want to get your SIM card before you travel, meaning you can arrive with the SIM loaded with some credit, and activated for use when you land.

Let's delve into the topic more to sort out the ins and outs of getting the cheapest mobile data in France.

SFR offers the Vodafone service. Depending on your experience with overseas data plans, this is probably one of the more complicated processes. You purchase a SIM and what they call a “recharge iPhone” that can be purchased through a vending machine. The “recharge” part is an odd branding because the device has limited use and has to be replaced, not recharged. It’s also not unusual to have difficulty getting the SIM card to work. Last, recharging the card can be a problem if you don’t speak French since it’s the only language spoken at SFR’s center. Staff in shops variously don't know about the product, don't speak any English, don't want to help, or all three of these.

LeClerc Mobile is run by the LeClerc supermarket chain. They offer really cheap deals but I am not sure about the top ups (their site doesn't have an English version). Presumably this can be done by a voucher system.

Reader Glen from Byron Bay (link to his holiday stay accommodation) reports their product being easy to use.

Mobicarte is a prepaid service provided by Orange, one of Europe’s largest telecom companies.

The Mobicarte prepaid SIMs used to be very easy to obtain, top-up and manage, but Orange has clamped down on their use making other providers more competitive. However, Orange has recently released a new traveller-focussed product, which you can, if you're lucky, find on their site. (I did link to it, but the URL keeps changing, causing HTTP404s for VeloNomad. This makes me 🙁 ).

It's called Mobicarte Holiday, isn't available outside France (easily) and is €40 for 1Gb and lots of SMS. It's not the cheapest but you can buy it instore and top up very easily.

Be aware of your specific needs. For instance, tethering may not be supported on the Mobicarte. Native mail accounts may not work with Mobicarte. You may need to add a mail bundle for an extra fee. And if you like Skype or VOIP, you can’t use them with Mobicarte. In fact, any attempt to use them could get your SIM blocked.

Mobicarte has become a lot harder to buy but is still easy to top up. Many resellers like Mobipassport have shunned Mobicarte in favour of other solutions.

Lebara is a MVNO, and operates in several countries throughout the world. In France they use the Bouygues Telecom network, whose coverage is probably not as good as Orange (in my experience).

They have an English website and you can top up at outlets all over France with vouchers.

Lebara is one of the cheapest mobile data in France providers.

Lebara can be pre-purchased and activated through www.mobipassport.com.au.

LeFrench is a MVNO operator and is designed specifically for travellers. They have a user-friendly English website, deliver SIMs internationally, and recharge via any credit card (not just French).

LeFrench doesn't provide the cheapest mobile data in France but they are close, and more than make up for it in ease of use.

Tethering and personal hotspots are allowed, and there are two options for data: short term weekly recharges, or unlimited data (good for longer term stays).

You can get a LeFrench France prepaid SIM loaded with credit from VeloNomad.

The SIM cards are available from Orange shops. You need to ask for “Pass Prepaye Let's Go SIM”.

This is probably a good option for those who want to have more than one device connected to the ‘net, or, if you want internet connectivity whilst keeping your home country phone number active. You'll need to buy a hotspot or dongle first.

You'll need a passport or drivers licence when you buy the SIM. Registration takes about 1 day and you need to wait for the SIM to activate before topping up beyond any credit that comes with the SIM when you buy it.

Free Mobile uses the Orange network but they're building their own network. They have very cheap rates. You can buy SIM cards in store (list of stores). Apparently any credit card can be used. Their SIMs don't appear to let you buy without an existing account.

Offer the cheapest mobile data in France, however, their service isn't the easiest to navigate and the website has no English version. 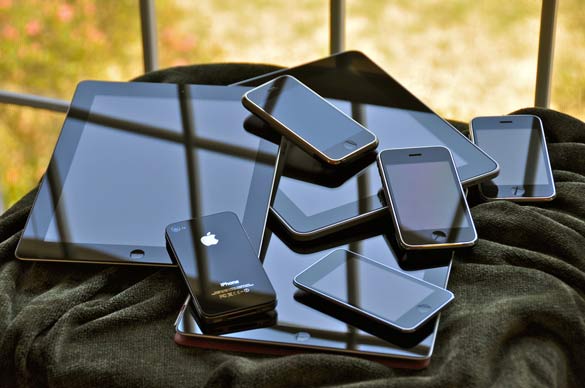 So, who to choose?

These are the most popular plans for the cheapest mobile data in France. Whilst there are some very cheap options, the cheapest providers don't specifically cater for travellers.

Lebara and LeFrench are probably the best combination of features, ease of use, customer service and value for money.