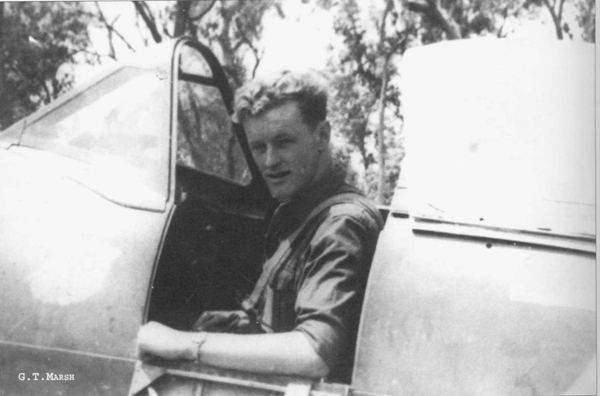 As I rode to work today, I passed the local Uniting Church, which had a small yet poignant plot of white crosses signifying a remembrance field in preparation for Anzac Day.

For those of you outside Australia, NZ, the UK and even Turkey, Anzac Day holds a special regard in our hearts. Its origins—slaughter at Anzac Cove and Gallipoli—is burned in our psyches.

Passing that small but powerful memorial gave me cause for thought as strands of the Last Post entered my head.

A lot of us think we’re beset by problems these days: harried lifestyles, (most likely) a mortgage, driving the kids around, toilet training a new puppy (sorry, couldn’t resist), or “I can’t decide between a cycling trip to Italy or France!”

But seeing that sombre replica field in the wan, golden, morning light, surrounded by dewy grass in the quiet country town, really made me think.

Until recently I had two grandfathers who fought in WW2. Dad’s dad, Geoff (recently deceased), was a Spitfire pilot (there were not many of those from Australia). Mum’s dad, Bill, was a mechanic in the engineering corps, mainly based in PNG and the Solomons.

For those history buffs amongst you, Geoff (link, Spitfire Association) was in the RAAF 457 Squadron (Wiki Link) flying Supermarine Spitfires. He was recalled from London to defend Darwin against the Japanese in the battle of Darwin, as well as raiding Japanese installations from Morotai.

When I lived in Melbourne, I visited Bill (“pop”) every Thursday night to cook dinner for him, and we often talked about his part in the War. He regaled me with fantastical stories of air raids by the Japanese, who used what were called daisy cutters. If I understand correctly, these were ordnances that exploded and propelled shrapnel outward at ankle height. They used to dive into the slit trenches to avoid injury. Hearing stories like that constantly made me listen in quiet amazement, admiration and with thanks. Pop always seemed circumspect, if not bemused by it all, often laughing mid-story. I’m not sure if he was laughing at the insanity of it all, when viewed through the distance lens of time, or he was genuinely amused.

I also cooked dinner for Geoff (“pa”) and nana about once a month. I really enjoyed these visits too. He had amazing, and I do mean amazing, stories of earning his wings (no mean feat for a country boy from Tallangatta) in the RAAF, becoming a Sergeant, dogfights, raids on Japanese installations and more. He flew, if I recall correctly, Wirraways and Kittyhawks, which were no match for the fearsome Mitsubishi Zeros. He recounted finally being able to take it to the Zeros when behind the stick of a Spitfire. He was so proud to be part of the Spitfire cadre. The stories about aerial dogfights were just so surreal when measured against the lives we lead now: easy, comfortable, mostly suburban lives. When I eventually visited Tallangatta, I felt a profound connection with the place, and wondered if anyone from town knew their connection to the pilots of yesteryear. (As an aside, they were both real travellers, and adored France. I think they holidayed there a dozen times and always tried to take in the Tour de France, keeping souvenirs for me.)

I am sure many Velonomad readers have similar stories about family members or friends. These stories, I think, are a fabulous anchor for perspective in our lives today.

Each ANZAC Day (and Veterans Day for those of you in the US, and whatever other days your country marks) is, I think, very poignant and sad in some measure. It marks another year where we, through the passing of more men and women, lose swathes of fabulous personal stories, and tales of valour, honour and courage. It marks a day when we can look to family members and community members—sadly passed, or still with us—and thank them for their sacrifices. We can quietly think of family members passed and past, and thank them for what they did, often without a second thought, no matter what side they were on.

As I continued riding this morning, I gave thought to the toll these Wars have taken on small country towns, cities, and families. I quietly thanked my two grandfathers for sharing their stories, and doing what they did. I thanked all the nameless souls who similarly sacrificed so that you and I, and indeed everyone, could enjoy things like cycling and the comforts of our modern lives.

It seemed apt that the hills I rode through were bathed in this ethereal light, with wisps of fog lending a partly eerie yet strikingly beautiful aspect to the hills, which were very quiet. The conditions were an appropriate partner for my thoughts.

So, even if you’re not from the Antipodes, or from the UK, as you ride along this weekend,especially if you're out and about on April 25th, give a thought to the men and women who gave so much so that we can enjoy cycling, cycling trips around the world and concentrate on seemingly important things like co-ordinating our sock colour.

They shall grow not old, as we that are left grow old;
Age shall not weary them, nor the years condemn.
At the going down of the sun and in the morning
We will remember them. 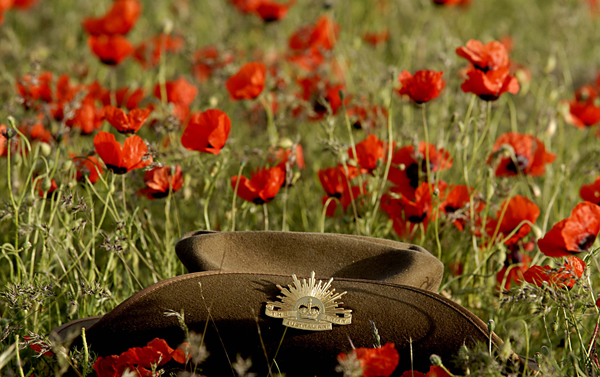 Next Post: The complete cycling insurance guide: at home, abroad and racing