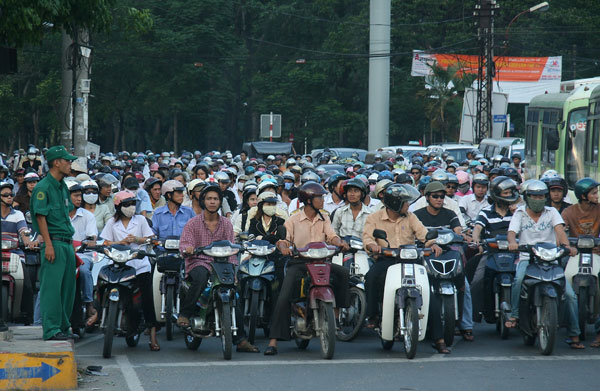 Who wants to drag some scooters off!

With the new year now here, I thought it would be fun to consider a cycling holiday a little outside the square of the usual France and Euro focus by looking at Vietnam tours by bike in this guest post by Dave Elliot.

One of the very best ways to get to grips with any country is to take a tour rather than head just for the one location, as tours can be an effective and exciting way of seeing the great diversity places like this SE Asian paradise has to offer.

There are a number of now well-established cycling routes across Vietnam, taking in major cities and smaller picturesque towns and villages out in the countryside where you can still see a traditional way of life that has barely changed in many hundreds of years. From the metropolitan wonders of Hanoi and Saigon to the miles of spotless sandy beaches, mountains of the interior and serene paddy fields of the central regions, a cycling tour will take you all over the diverse environments of this fabulous
country.

The Vietnamese are an extremely outgoing and welcoming people, and on a bike it’s much easier to relate to them instead of boxing yourself off in a bus. Travelling on muscle-powered wheels will enable you to get up close and straight off you’ll have cycling in common, as this is the preferred mode of transport for the Vietnamese and they’ll appreciate you sharing their passion for it.

Wherever you go in Vietnam you’ll find yourself passing motorbikes and bicycles laden to critical mass with all sorts of produce. In a country where the dirt tracks are not particularly car-friendly, cycling is the best and certainly the most environmentally friendly way of getting about.

The sheer beauty and diversity of natural habitats here lends itself to cycling tours. The S-shaped coastline of broad beaches contrasts with the mountains and forests of the interior, and there’s nothing like cycling at speed and in complete silence past shimmering paddy fields as the sun rises or sets over distant peaks. 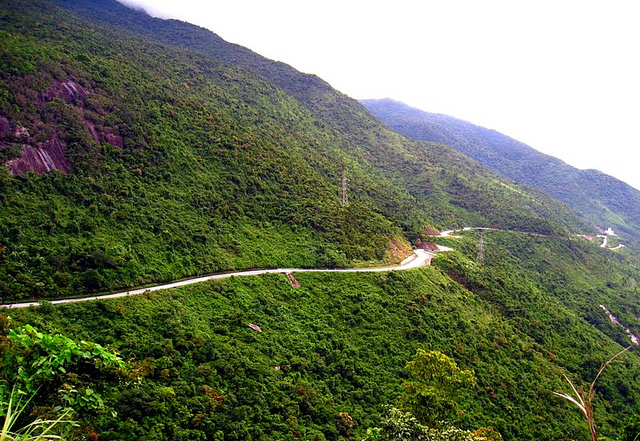 If you arrive at the airport in Saigon you’ll set off in a northerly direction towards Hanoi at the opposite end of the country and explore all the diverse environments en route. It’s a good idea to plunge in at the deep end in the bustling city of Saigon and end your journey in the much more conservative northern administrative centre, cooling off as it were as you progress from all the southern excitement and come to terms with the true spirit of Vietnam as you take the sinuous countryside in.

There’ll be ample time to relax on this atmospheric journey between Vietnam’s two major cities. Nha Trang, an elegant town on the beach on the southern coastline, is acquiring a reputation with touring cyclists as an ideal stopover for the night. Its laid-back atmosphere of pagodas, historical merchants’ houses, markets and people dressed in traditional costumes is a great introduction to Vietnam’s agrarian roots. At the other end, Beautiful Halong Bay near Hanoi with its beach and limestone towers is a great spot to catch your breath and look back on your journey.

There’s no doubt that cycling is one of the best ways to see Vietnam in all its natural beauty and diversity, using a mode of transport that blends in perfectly with the countryside and is favoured by the people here.

David Elliott is a freelance writer who loves to travel, especially in Europe and Turkey. He’s spent most of his adult life in a state of restless excitement but recently decided to settle in North London. He gets away whenever he can to immerse himself in foreign cultures and lap up the history of great cities.