After leaving L'Escala, we headed via some flat roads – full of cyclists – and checked out a place called St Pere Pescador. Unfortunately the camping grounds were waaaay too touristy and miles from town. I did have a decent coffee and croissant though!

The road rose up a small mountain and at the top we were greeted by heaven – Cadaques. A small town perched against the hills and on the sparkling, crystal clear water, greeted us. It was absolutely jaw droppingly gorgeous.

We got down into town and then after navigating some impossibly tight streets, we found the camping atop a hill overlooking town.

It must be susceptible to camping ground parties as they gave out paper passes that had to be shown by each person on the way in.

We headed down a very steep hill (think 25-30% on the bike!) through some very narrow streets and hit the water and town proper. 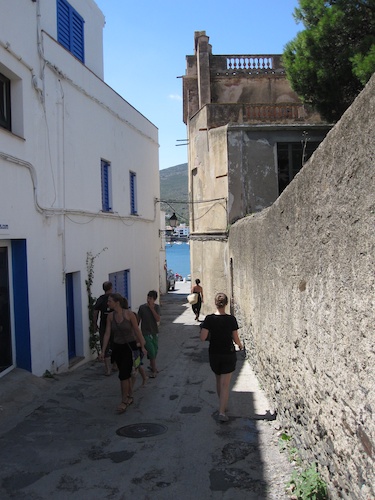 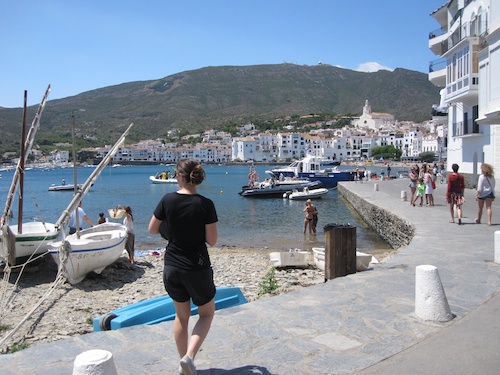 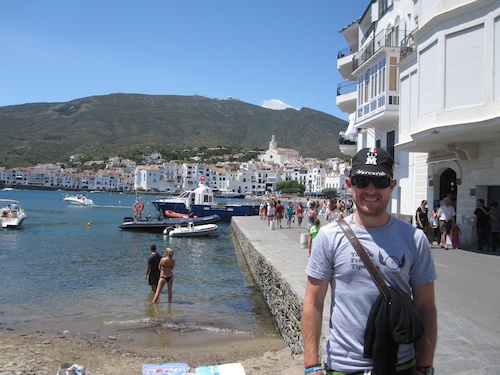 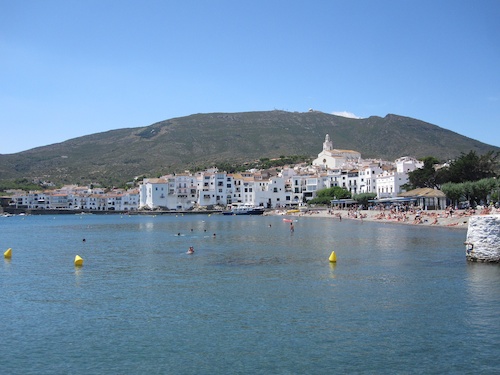 It was just awesome. 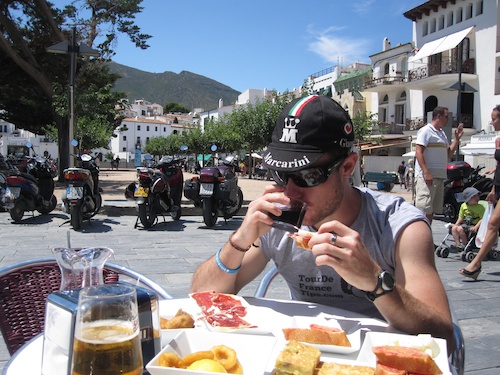 Dali had a house in nearby Port Lligat, which you can walk to. It's all super interesting, especially if you're into art. Nearby Figueres also has the Salvador Dali museum which the great man himself helped design; he was also born here. 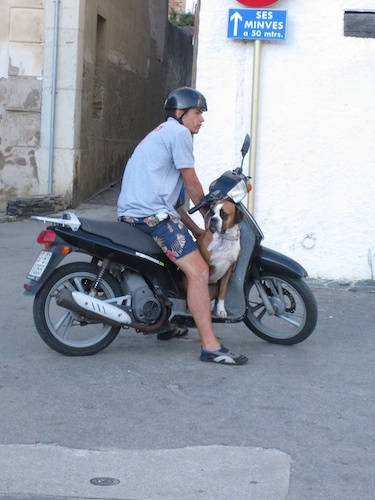 There is loads of great pizza around. We had paella here but it was super garlicky (we both don't like any garlic) and very expensive. Paella in Spanish Pyrenees and Andorra was around 6-10 Euros per plate (not per person), here, it's 15-20 Euros per person.

So, stick to pizza if you are on a budget.

I had a ride up out of Cadaques back toward Roses. The road goes straight up out of town and is very accommodating of cyclists. It's steepish, but probably only a Cat 2, so you can rock some good tempo. I rode back across down the other side and back over. If you end up here, ride to the top of the Col then to El Port de La Selva and keep going. The riding is excellent.

The rainy weather came in and rained for a couple of days, so we decided to bail. The weather looked cruddy all up the coast, we decided to head to Provence and serendipitously, Ventoux!

Leave a Reply to Grant Cancel