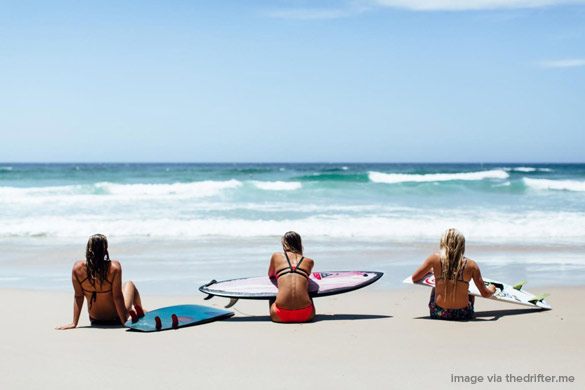 Bikinis, blokes in boardies, beers and BBQs, below blue skies and a blazing sun.

And yes, that pretty much describes it.

But what the area doesn't get any attention for is the cycling.

Sure, there aren’t any epic alpine climbs on the scale of Europe.

But what the area lacks in scale, it makes up for with endless (and I mean endless) shorter, very steep climbs and super-pretty scenery. 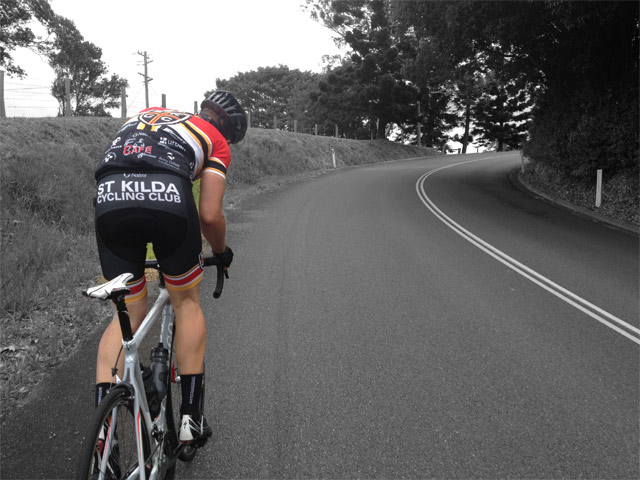 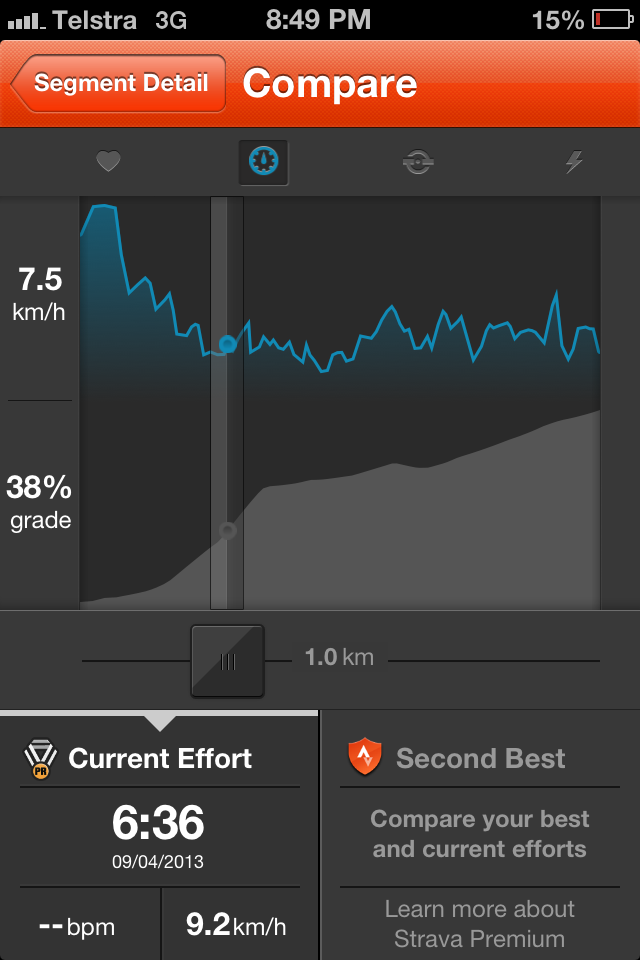 From rainforest-edged 15% climbs, gently rolling escarpments, to flatter coastal and river rides, the area has something for everyone.

And with what I reckon is absolutely cracking, cycling-friendly weather most of the year, it makes for an excellent destination for a cycling trip.

If you're visiting Oz and have Byron Bay on the visit list (and really, you should), make sure you bring your bike gear, because you'll want to ride. And if you're an Australian and Byron isn't on your radar, put it on there now.

As a local, I can tell you that the best time of year is August through November and March-May.

The autumn and early winter rains of April-June clear out, and it pretty much does not rain from August to October.

And August is when Peaks Challenge Gold Coast is held.

That’s right, it rains very rarely in that period.

What you will get is clear, bright sunny days.

Mornings can be cool in August-September but the norm is for warmer days. The mean 9AM temperature in August is 18 degrees.

About the most you’ll need is arm warmers, a base layer and possibly wind vest. Feel free to pack legwarmers but you won't need them.

As Melbourne and Sydney shiver, and the northern hemisphere shifts toward winter, you’ll need sunscreen and your summer kit.

Locals will tell you winter and spring are the best time of the year.

Times to avoid include:

How to get here

The closest airport to Byron is Ballina (also optimistically called Byron Gateway Airport by the council), with Jetstar and Virgin serving the airport. Ballina is a small domestic airport only, and requires a connection from many airports.

Gold Coast airport at Coolangatta is much better-serviced by a wide variety of airlines and serves as an international airport.

It’s served by the likes of Singapore’s Scoot, Air Asia X and Qantas, Jetstar and Virgin (there’s a Virgin and Qantas lounge at Gold Coast).

As far as airlines go, here's who services what:

Distance from Byron Bay to airports:

Car hire is available at all airports.

But, Byron is where the action is, with everything you need located in town.

Local cyclist Glen Hannan runs accommodation, but only has space for a single or couple.

Your best bet here is booking.com, using these links:

Really, the world is your oyster here, with endless routes north, south and west of Byron.

There are myriad roads that criss-cross and wind their way around the hills, so your best bet is to check Strava once you’re here, or drop me an email for some ideas. 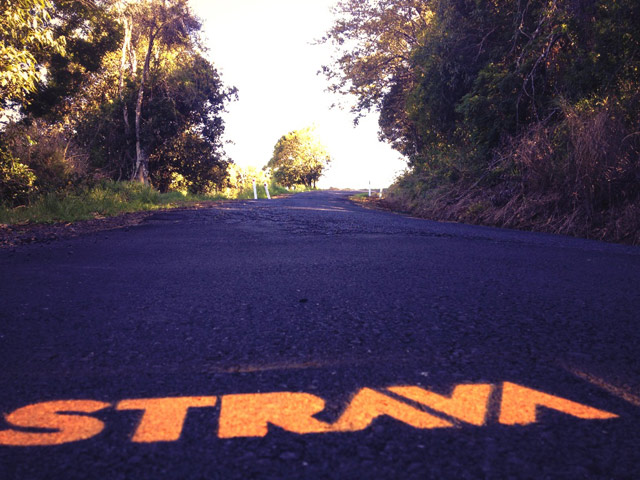 Lots of climbs to be found

You can make rides as long as you want, with multiple exit points on outbound routes letting you bail on a ride if it’s hot or raining.

The towns you can visit include:

If you want to go a bit further afield, head to the Burringbar Range (Murwillumbah) and Springbrook (Gold Coast).

What else to do

Humpback whales appear through the winter up and down the coast, with whale watching tours available via boat or sea kayak.

There are loads of tourist attractions in the area, such as the Byron Bay Brewery, Lennox Head, Kingscliff, surf beaches and lots of great markets.

If you cycle and surf, you’re all set. You won’t need a wet suit, and there are plenty of surf schools if you want to give surfing a crack whilst you’re here.

Surfing Byron is a must-do: it's a truly magical experience to be sitting in warm water and have dolphins around you. (Though the experience is a bit unnerving the first time.) 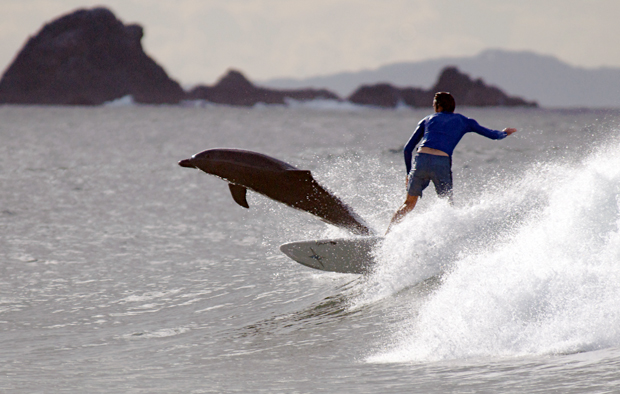 The general attitude of drivers in the area is good. As with most areas there are some loons on the road, so just exercise normal caution.

Roads to avoid include the Bruxner Highway up to Alstonville (take Uralba instead) and the coast road from Byron to Lennox is ok, but some parts lack a shoulder. Do not ride on the Pacific Highway.

The road surfaces in the area are poor in many spots. Just be wary and don't bring expensive, supple tyres. In addition, with some much climbing, much of it on coarse grade or 10mm aggregate roads, your tyres can take a beating. 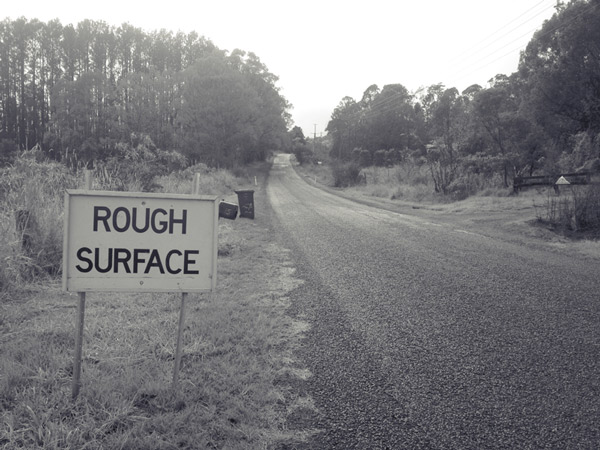 If you have compacts, put them on your bike. The climbing is seriously never ending, and is very, very pitchy. Coupled with the heat and humidity, you can get worn out quickly. Most local riders will scoff at that suggestion (many of the older blokes in the area ride 300km+ a week on 53-39/11-25 which in my mind is madness) but you've been warned.

As for what to bring, depending on time of year, all you'll need is summer kit, arm warmers, base layer, Windtex (necessary sometimes June-September), sunscreen and electrolytes. I think I've worn leg warmers twice in 3 years living here, and we live in a valley that can get cold. 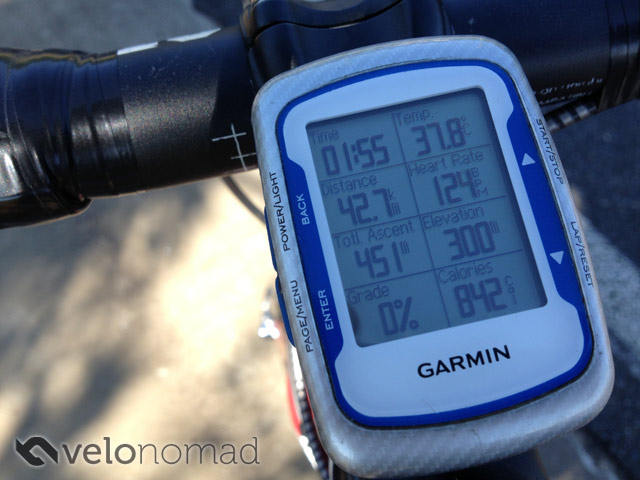 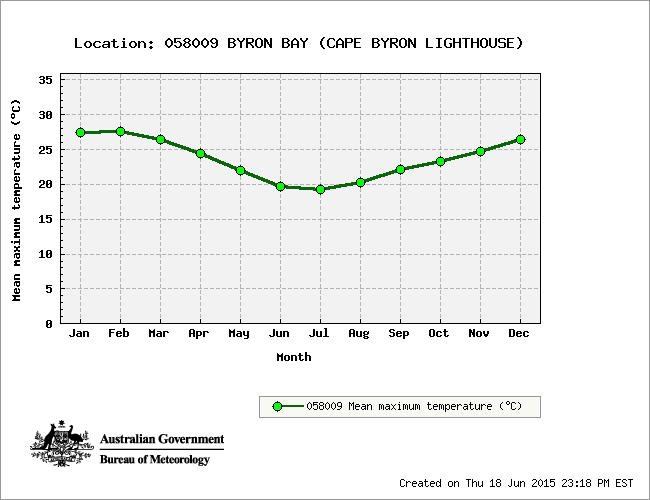 You also need to be careful of snakes—browns in psrticular—on the roads and verges, for all months of the year.

I'm a bit loathe to name the go-to climbs lest I lose any more KOMs, so have a look at my Strava profile for some clues.

Quite seriously, there's climbing around every corner.

Mt Nardi outside Lismore is about the biggest climb in the area, but there are numerous 2-5km steep climbs around. Mt Nardi should be on your to-do list—it's seriously one of the steepest climbs I've done. Strava reports there are sections of 40%.

Outside Byron you have Possum Shoot Road and the Coolamon Scenic Drive climb out of Mullumbimby, Midgin Flat Road climb (Picadilly Hill) and Ross Lane (a fast drag).

Given Byron is a tourist destination, the town is naturally geared toward entertainment.

The Beach Hotel is a hot spot, but can get a bit rowdy. Sunday afternoons are great, as there’s usually a band.

The Northern has loads of live music, and often hosts big names.

But there's pretty much something for everyone from rowdy nights for the younger ones, through to quieter more refined bars and restuarants and pubs.

The area is replete with loads of cafes and restaurants selling high-end fare.

The area has a strong organic and fresh bent, so the food is great and suits everyone. People will special needs like gluten free or FODMAP will be happy as there are lots of options.

Sadly there aren’t any wineries around as it’s just not a grape-friendly region (until you head a few hours north into the tablelands).

Picking a restaurant isn’t hard-there are lots of good options. Standouts for me are:

Whilst the Beach Hotel is a great place to have a beer at (Tiger and Peroni on tap), it can get very busy. Skip the food too, in favour of something else.

Byron Bay is actually an excellent area for growing coffee and numerous award winning roasters live in the area.
The area, whilst filled with cafes, does have some hits and misses, so here’s where to get good coffee

Every November, the Rainbow Ride attracts hundreds of riders, across an epic course.

Wiggle held their first Wiggle Cycling Series event in the area-Speed in the Tweed. (Read a report here.)

There’s a group that leaves the Byron Bay clock tower at 6.30 on certain mornings.

Bring your own bike as bike hire as the choice is very limited.

There's a bike shop in Ballina called Bicycle Emporium that I swear by. There are bike shops around, but don't expect metropolitan stock ranges, especially for spares.

If you bring your own bike, be aware of the rules of carriage on Jetstar and Virgin.