Finding a protein powder that works and that isn't filled with rubbish has until recently been an obsession of mine. So, after stumbling across 180 Nutrition I knew I had to test this for a 180 Nutrition Protein Superfood Review. 180 Nutrition kindly sent some samples to me for this review.

What I really like about these proteins are the flavours – chocolate and coconut. Nice and simple. (I hate lots of buying choices – it makes me fear picking the wrong thing.)

Chocolate is perfect for milk based shakes.

Coconut is perfect for water or milk.

As an added bonus, you can use them in cooking (hint: use the coconut protein in muffins to replace flour).

The proteins taste GREAT. I typically don't like pea protein and soy protein as they're quite dry and powdery (yep even when mixed with milk). 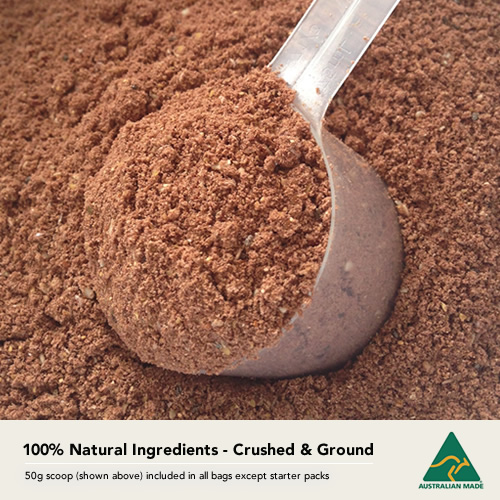 Even whey protein can taste gluggy and way too sugary.

These proteins are quite neutral in terms of flavour which is awesome.

Unlike most other proteins, 180 Nutrition Protein Superfood protein isn't 100% smooth – the sesame seeds are still whole, so you can crunch away on them. Some people might like this, some may not.

The ingredients are the same for all four versions with slight differences.

The differences between each mix are:

How I tested this

I tested the protein in a totally unscientific and non-baselined manner. I used it:

I only had 4 x 100 gram samples, which doesn't last long, so I can only go off a couple of weeks of use.

I usually have protein straight after a big ride, or else before I go to bed on the same day.

I sometimes use it as a meal replacement.

Insofar as the benefit of this product compared to other proteins, as it relates to recovery, I think 180 Nutrition Protein Superfood is pretty much on par with a lot of other high-protein WPIs.

Where I prefer 180 Nutrition Protein Superfood is that it's obviously a much cleaner source of nutrition than most other proteins. What I found was that I felt a lot cleaner than I do after having my normal WPI (which has flavouring and whatever else in it). I felt lighter, and well, healthier.

So on that basis, knowing I am putting less rubbish into my body, I'd much prefer to use this.

Buying in bulk (4.5kg) is the most cost effective way to buy this, and it will cost you AUD$179.95 (free shipping). There's cheaper WPI on ebay for sure (a lot of white label stuff) but I'd prefer to pay a bit more for this.

The question I always myself is “would I pay for, and use, this product on an ongoing basis?”

After this 180 Nutrition Protein Superfood Review, the answer is an unequivocal yes.

Where to buy 180 Nutrition Protein Superfood

You can buy Superfood Protein Vegan or Organic Plant Protein (my favourite) from 180 Nutrition's online store.

As an added bonus, their online store is really nice. Here's a company that cares about good product and great user experience.

It's really delicious and mixes well with water or coconut, soy and other plant based milks.

Next Post: How to fuel for Etape and avoid these 4 Common Mistakes