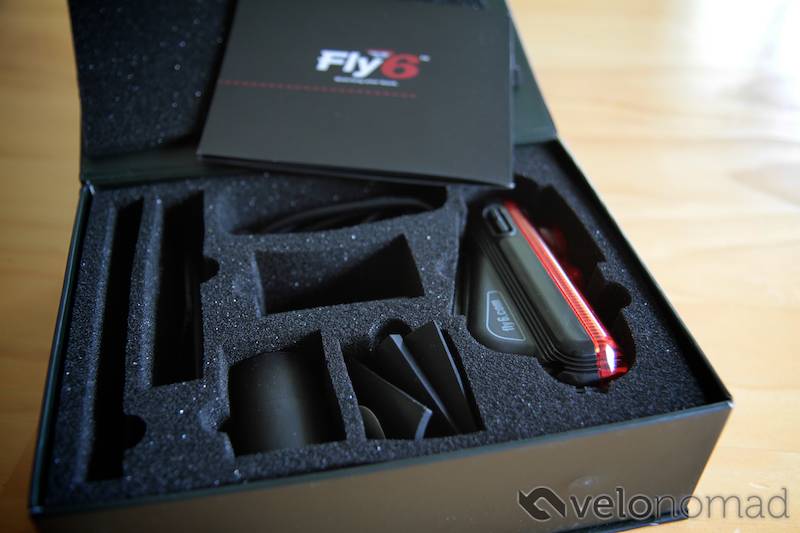 In this Cycliq Fly6 review, you'll find out why this cycling light and HD camera are a no-brainer investment for cyclists. This is especially true if you commute or ride on roads a lot.

There aren't too many cyclists who don't have a story of a tangle with a car. From being “car doored”; to being run off the road; being t-boned (all three for me!); or suffering a projectile attack from a car. It's like being in a war zone. The Cycliq Fly6 won't protect you from these, but it'll help you if you need to involve the police.

The truth is, Australia is a terrible place to be a cyclist on the road, at least in terms of motorist attitudes and general culture.

If you've ever ridden in France (for example), you'll know what I mean: riding in France is a joy. Australian motorists—not all, but a lot—are dangerous towards cyclists.

The adaptation of HD cameras into cycling-friendly cameras has been great for cyclist safety. Particularly, they've been great for bringing perpetrators to justice in limited cases. I say “limited” because generally speaking, Australian State Police forces are lax at best, and negligent at worst, in bringing motorists to account. In fact, I would say police reticence to make examples out of dangerous motorists sets a precedent but also makes police responsible in some way for future attacks.

In the past, most cameras have been forward looking. However, at least in my experience, many accidents are caused from the rear. Whether it's something thrown by a vehicle, or an attack by a car from behind, the risk from a rear attack is high.

Whilst front-facing cameras are still extremely useful (particularly in capturing safe passing distance violations, car doorings, cases where a car pulls out in front of you or runs you off the road from in front), rear cameras catch a lot of the action.

And it's here where the Cycliq Fly 6 comes in.

At the time this original Cycliq Fly6 Review, to my knowledge, no other company had produced such a product in this form factor.Given the obvious need, I am shocked it hasn't been done sooner.

Two lads (Andrew and Kingsley) from Western Australian company Cycliq (Cycliq) have put a wide-angle HD camera into a rear red light to give you rear-facing vision.

If anything—heaven forbid—happens to you, you've got footage of what happened.

I reckon this is seriously one of the best products I've reviewed and has become a no-brainer addition to all my rides.

Below is a video Cycliq Fly6 review.

What's in the box

Here's what comes in the box. This is a seriously well-presented package. 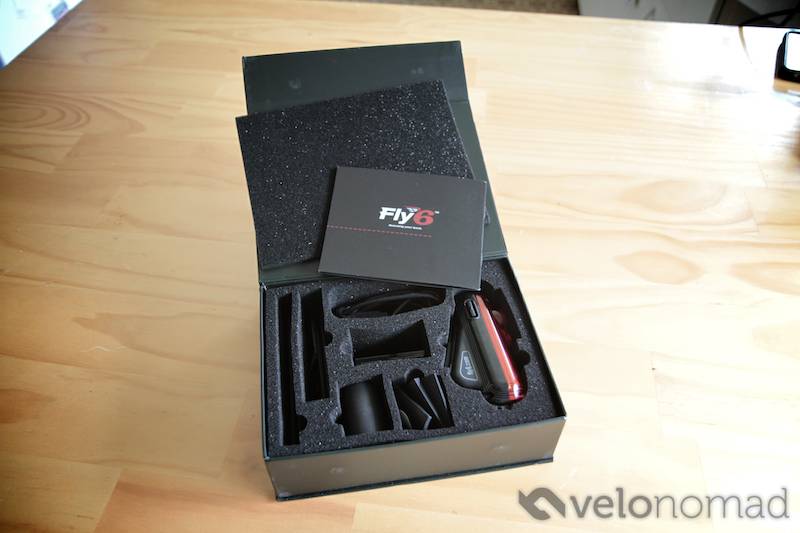 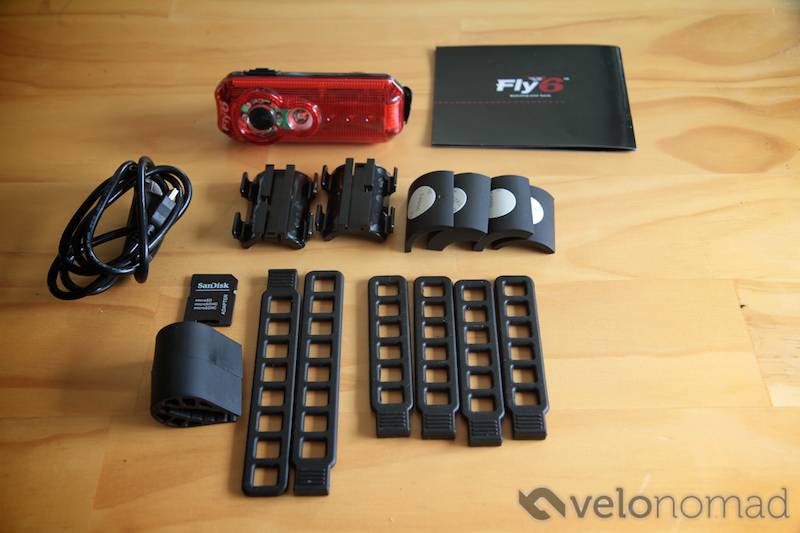 The packaging itself is just awesome. It's like opening an Apple product.

Could this be any easier?

Plug your Fly6 into your computer and open the config.txt file. Enter the current date/time, save and you are good to go. No other configuration is needed.

Again, this is super easy.

Turn light on by holding LHS button in for 2 secs. The light beeps to indicate it's on, then starts blinking.

The camera has a set of rotating leds that tell you it's recording. (Make sure you're not recording a review and your fiancee isn't getting around in her delicates. Note: for me, one time the LEDs all locked on blinking. I assumed this meant an error. I turned the light off then back on, to no avail. Whilst still switched on, I removed the micro SD card (which switches the light off) and re-inserted it, voila, fixed.)

There are two light patterns: just depress and hold the on/off button for about 1S.

There are 4 light levels: default (5 hr mode), less (very dim), lights off, then super bright. The lights-off mode still has the camera LEDs in operation, indicating recording. This is probably good for day time/safety cam.

The light is powered by a rechargeable battery that gives you 5 hrs of operating time.

To recharge the Fly6, just plug in to your computer via USB to recharge.
The Fly6 just keeps recording over the card, so if you have some footage you want to keep, grab it off the SD card before your next ride.

What about incident protection? You don't your video of some clown taking you out, or someone legitimately and accidentally taking you down to be recorded over, as you are taken to hospital and your bike taken who-knows where.

The Fly6 has an Incident Protection Function. Basically, Fly6 has been designed to save footage from major incidents without being recorded over. This works when the bicycle and Fly6 are tilted over more than 45 degrees for more than 3 seconds. In this event, Fly6 will trigger a feature that will shut down your Fly6 after one hour.

Cycliq say that 90% of accidents occur in daylight times (my experience tells me 100%), so the camera is optimised for day light.

I found that dawn and dusk was a little problematic, as was direct or semi-direct light on the camera.

If there is no light, the camera will record black. If there is night time ambient light, like an epic full moon, or lots of street lights, you'll get decent footage.

Downloading footage to your computer

Plug in with the supplied cable (or any USB->mini USB), hold the power button on until it beeps, and it should appear in Windows Explorer/Mac Finder. The camera light will be solidly on, as well as the recharge indicator. 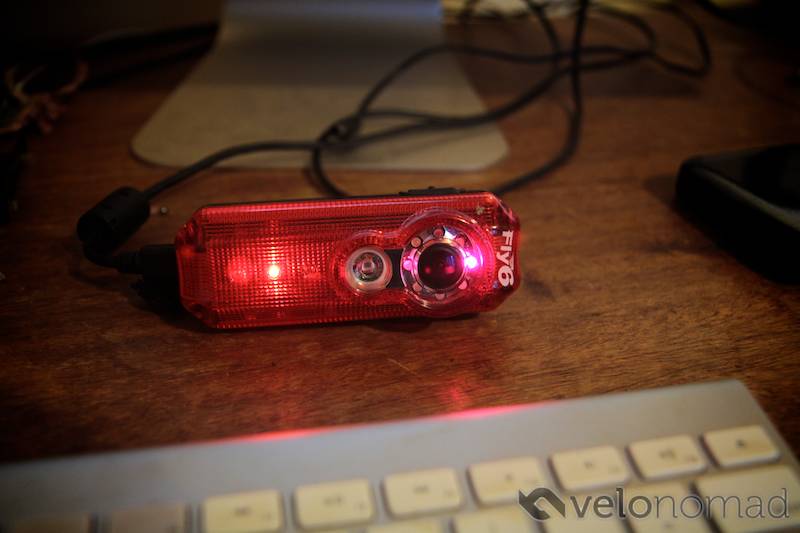 I initially had trouble getting my iMac (OSX 10.6.7),  so plugged into my Macbook Air (OSX 10.8) and picked the micro SD card up. I thought this might be due to the card being formatted as NTFS (OSX10.6.7 apparently doesn't play nice with NTFS) but upon trying again before editing the video review I had no issues. Put it down to a glitch in the Matrix.

The microSD card comes formatting as FAT32 (MS-DOS). If you need to reformat, you can.

You get a Sandisk 8GB card with the device. You can use up to 32GB (64GB currently unsupported).

Viewing and editing video from the Fly6

The video footage is .AVI encapsulated video, encoded with H.264.

You'll need VLC or another AVI viewer to watch the video.

Quicktime does not support H.264 encoded AVI files, nor will you be able to edit in Adobe Premiere (tested in Premiere Pro CS5).

To edit in Premiere Pro (not sure about Final Cut), you'll need to transcode to MOV, MP4 or some other format. I use Smart Converter Pro to perform fast transcoding. iSquint is also awesome but way slower at transcoding.

Here's what's awesome about this device

The Fly6 has an IP rating of 54 (IP codes) which gives it protection against ingress by dust and is splash proof.

However it has has nano-technology which makes the surfaces (internal & external) hydrophobic. This means that water cannot stick to surfaces (like electronics/metal) so does not cause corrosion.

So while it may not work while scuba diving, after it has dried out from its dive, it will perform again. The Fly6 is apparently the only cycling accessory to have nano-tech so far.  That nifty scuba trick has been tested by Fly6.

Not much to be honest.

My package arrived with some known issues which are being fixed for the production version (I got a 5th gen prototype). But really, nothing needs fixing: this product is brilliant as is.

Dimming Settings
4 options from 100% through to off

Where to buy Cycliq Fly6 and Summary

This is one of the best and easy-to-use products to come across my desk. Highly recommended and a no-brainer investment.

The Fly6 is one of the best and easy-to-use products to come across my desk. Highly recommended and a no-brainer investment.

Next Post: Why wider tyres are better: simple trick for faster and easier riding