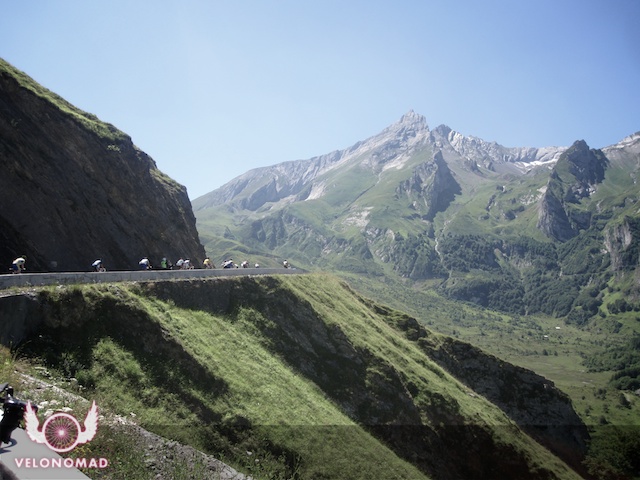 How to Choose between the Alps and Pyrenees

James in New Zealand Google IM'd me the other night wanting to know how to choose between the Alps and Pyrenees, and if the Alps or Pyrenees was better.

James recently bought the Cycling in France Guide and was beginning to plan his trip. He had a lot of other really good questions, but this was his main sticking point to getting started planning.

It's a good question as sometimes you won't have enough time to do both, so need to choose one or the other.

Your cycling holiday itinerary will usually depend on a few variables:

It’s a little tricky to come up with a definitive “rules” or “if this then that” as the variables in your trip are strongly related and have multiple dependencies, so let’s have a look at each item below.

There’s also the subjective consideration of “which is better?” (which I’ll get to). 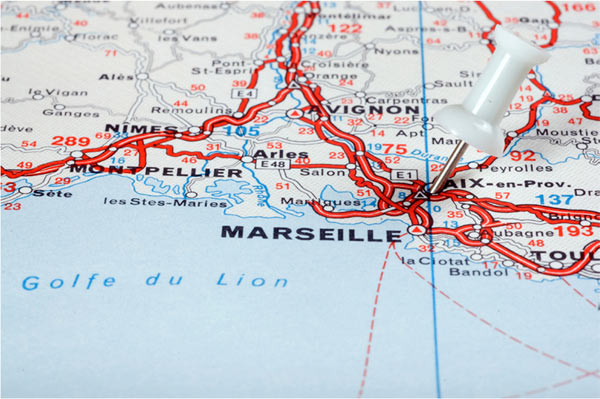 Start with a base

Airport proximity to the Alps or Pyrenees could be a deciding factor particularly if you want to minimise driving.

You might choose your airline based on frequent flyer considerations or because of cost, so if these are your primary decision points, generally this means you'll be limited to the airports for that airline. You could of course get connecting flights on other airlines or airline partners but I try to avoid that at all costs (having one party responsible for baggage makes sense: read here for more info).

If you don’t have a lengthy trip planned, and want to minimise your driving best to stick to one mountain range.

Otherwise, you'll be spending all your time driving.

What constitutes a short trip? I think anything less than 2 weeks is short, particularly if you're coming from Australia.

A 2 week trip would be enough – just – to do both the Alps and Pyrenees.

There'd still be a bit of driving involved, assuming you have to return your hire car or campervan (if you have one) to the point of origin.

If you're getting around by train, 2 weeks might not be long enough.

Do you have a hire car or campervan?

If not, you’ll be needing trains to get around, and getting to the Alps and Pyrenees is easy from most major airports.

For the Alps you can get to Geneva, Annecy, Albertville and Grenoble from Paris all of which give awesome access to the Alps or are in the Alps. If you're landing in Nice, Lyon, Geneva, Toulouse or some other large airport, there'll generally be TGV nearby. (TGV cities listed here.)

Using trains can suck up valuable time, so in this case, unless you have a trip over 2 weeks, you'll probably want to stay in one spot.

If you have a hire car, it's not far from the Alps to Pyrenees so doing this in a 2 week trip is doable assuming you don't want to do much sightseeing.

If you have a campervan, fuggedaboutit! Campervans suck serious amounts of time just getting around so unless you have 3 weeks+, I'd avoid trying to do both mountain ranges.

(Read more about the pros and cons of campervanning around France in my Campervanning France guide.)

Reader Mike, from Chain Reaction Bicycles in the US, wrote in with this, which is an awesome point.

Tim: You left out another huge advantage to the Pyrenees. Rail. My son and I have done the past 4 TdFs, last 10 days each time, and with the Pyrenees, there's no need to rent a car. We can stay in one location (typically Lourdes) and dramatically expand our range by using trains one way (train out, ride back or vice versa). Sometimes trains both way, using different stations. It's not something a large tour group could do, because there's not enough room on the train for many bikes, but we've never had an issue using trains this way, during the TdF, when you'd expect them to be packed.

We've also used trains in the Alps but it's not serviced nearly so well, and presently, the line between Grenoble and Orange is down for upgrades. That doesn't affect use for the TdF, but we've used it in the past to explore the Vercors regions.

Thanks for your excellent series!

Mike is spot on, and touches on another point: the Pyrenees aren't as spread out as the Alps (see below) so seeing a lot is easy.

Here's an example of covering a lot of mountains and scenery in one ride.

How much driving do you want to do, or are you prepared to do?

The scale and grandeur of the Alps is quite staggering and if you want to do all the bucket list mountains you’ll want to drive around.

Because of the sheer size of the Alps, a lot of time can disappear whilst driving, regardless of whether you take mountain passes or go via the Autoroutes.

In contrast, a lot of excellent red-letter cols, and places in general, are very close to each other in the Pyrenees.

The roads and highways run along the top of the Pyrenees and because the Pyrenees more or less run in a straight line, getting from one place to another is generally pretty easy.

If you want to minimise your driving, pick a spot in the Pyrenees around Pau or Lourdes or Argeles Garzost, or around Chamonix or St Jean de Maurienne and you’ll be able to ride to most places.

If you’re on a budget, fly into Toulouse or Geneva, grab a minivan and stay in one area and just spend your time riding and soaking France up.

If you want to avoid crowds, head to the Pyrenees.

Yes you can find some quieter spots in the Alps but there are some very popular spots in summer in the Alps that are near the very desirable climbs. This means as well as getting a lot of cyclists (not a bad thing), there is a lot of non-cycling tourist traffic in hotels and camping grounds.

(This is a good reason to plan ahead and book early.)

The Alps attract serious numbers of people so accommodation can get tight. (Again, this is a good reason to plan ahead and book early.)

The Pyrenees is a better bet in peak season though if you plan far enough ahead you shouldn’t have any trouble in the Alps.

Your timing may also affect your decision making: if you want a campervan and want to go around TDF time, you might have severely limited choices as campervans sell out FAST.

If you're heart is set on campervanning, and you can't get one near where you want to go, you might have to change your mountain plans, or, get a hire car instead.

(Read more about the pros and cons of campervanning around France in my Campervanning France guide.)

The timing and location of Etape may be the determining factor in your plans. If your whole itinerary is planned around Etape this may force you to choose between the Alps and Pyrenees.

If you really want to see the Tour, you can usually get some decent viewing in the Alps and Pyrenees (2013 being an exception with very limited time in the Pyrenees), so that might not be a huge factor, but is something to bear in mind.

(This article might help with your TDF stage planning) 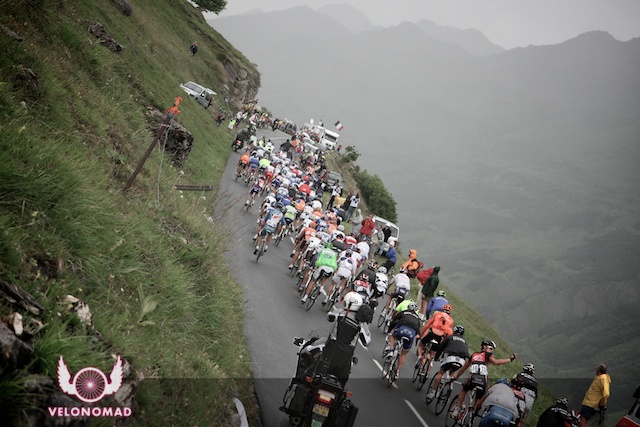 At a more detailed level, here's how I plan whether to do Pyrenees or Alps. Whilst these are broader itinerary questions, they do affect your choice between the Alps and Pyrenees or whether to visit both.

My trips are usually based around the TDF and Etape, or other sportifs like Haute Route, La Marmotte or Maratona. So in that sense my itinerary is already decided.

I will usually choose an Etape stage, or plan around another sportif.

We'll usually try to fly into a Pyrenees or Alps airport like Toulouse, Nice or Geneva as they are serviced by major airlines from Australia. Those airlines include Emirates/Qantas, Virgin/Etihad, Malaysian or Singapore as they have the best baggage allowances. 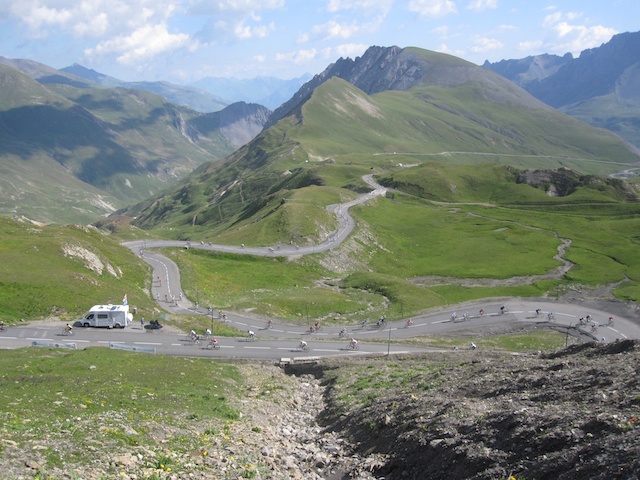 I appreciate riding in the Alps and Pyrenees for different reasons, but overall I like the Pyrenees more.

Overall, I enjoy the Pyrenees more as it’s easier to drive around (as there aren’t as many Grand Cols and high mountain passes or circuitous routes) and it just has a idyllic, fabulous French feel to it.

The quieter roads, ease in getting around and lack of crowds just make them more enjoyable in my eyes.

Obviously it will come down to your own preferences and trip plan.

Certain parts of the Alps can get very busy, for example the road up the Col de l’Iseran is heavily trafficked by trucks and through traffic. The Pyrenees tend to be a bit quieter.

There are some truly breathtaking and magnificent riding to be done (think Iseran, Galibier) in the Alps. They are awe-inspiring and humbling and truly magnificent and satisfying to ride. Plus there is some awesome sightseeing like the Aguille du Midi. 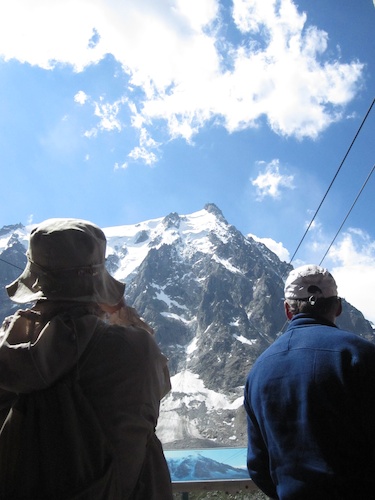 And, whilst the Pyrenees don’t have the same big name bucket Cols as the Alps, they still have some monsters.

There are loads of short, steep and enjoyable climbs in both areas like Flumet and Megeve in the Alps or around Aramits in the Pyrenees which means you won’t be climbing a single mountain for hours.

The tourist traffic can be a little heavier in the Alps both in terms of road traffic and the number of people in towns and accommodation.

Book a Skype call with me to help you plan your trip. Costing as little as $50, these calls save you time and money.