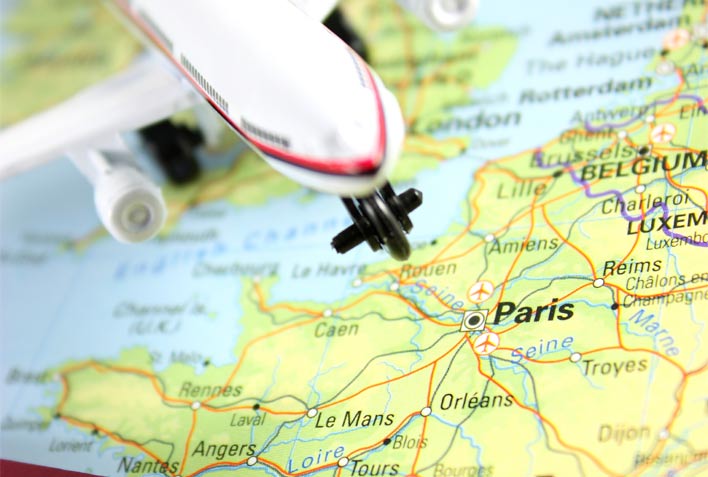 Knowing how to choose an airline for a cycling trip isn't just about choosing the lowest cost airfare; you’ll have to have a think about a few variables in order to choose the right airline.

By knowing How to Choose an Airline you'll avoid this situation: “I am very sorry sir, that will be $400 in excess baggage charges. Oh? You already paid that on your last leg? Well I'm sorry sir [actually, he/she isn't sorry at all] but…that'll be $400 sir.”

If you choose based on the lowest cost airfare, you basically ought to choose whichever airline is cheapest on the dates you want.

(Of course you should pay attention to things like baggage allowances. You’ll learn about this later in the article.)

This may mean that you limit which airports you can fly into if you fly a cheap airline, or else you get some crazy routing.

When VeloNomad flew to France in 2010, it was on an around the world flight: Melbourne – LA – Frankfurt – Toulouse. This was the cheapest flight (if you can believe it) but was not worth saving $300 for over Emirates (Emirates direct was only a bit more). The long flight (7 hour stopover in LA) severely dehydrated VeloNomad (VeloNomad swears Jack Daniels en route had nothing to do with it) and ruined VeloNomad's Etape performance (read more here). 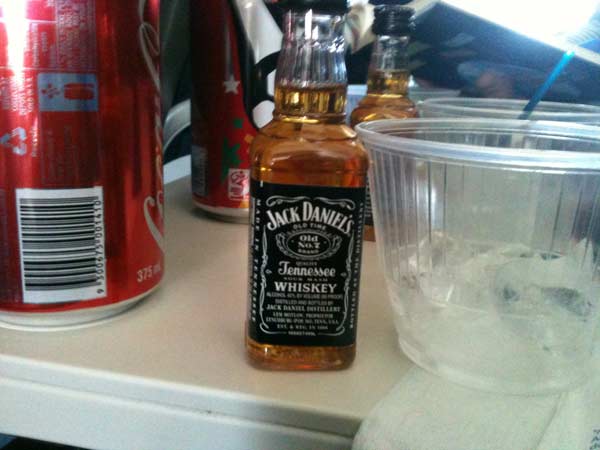 And in 2011, VeloNomad workmate-at-the-time Peter booked his 2011 trip on AirAsia X because a) it was very cheap and b) extra baggage for his bike was not expensive. (Actually, Air Asia X's baggage allowances are very reasonable.)

The trade off was that he had to fly into Luton or Gatwick (VeloNomad can’t remember which) and then catch a train to London then the Eurostar to Paris. With kids in tow. Painful.

Obviously if you have kids you (probably) want to minimise cost. However, if it's just you and a friend or partner, the extra couple of hundred dollars getting better routing (likely on a better airline) is totally worth it.

To get the cheapest flights, make sure you check overseas websites. For instance if you live in Australia, check Expedia Brazil, Uk, USA and other Expedia sites, as well as Australia, to get the best deal. You could save a few hundred bucks.

Where you need to fly to

This multi-connectivity gives rise to other issues which you will learn about below.

If you're like VeloNomad, frequent flyer considerations do play a part in choosing an airline.

This is due to 3 reasons:

If you're lucky enough to be flying on Malaysian Airlines, you can get a business return flight for only 102,000 points plus AUD$900 in taxes.

Will transferred points from his Westpac Altitude card to his Malaysian Enrich account, after signing up for the Enrich account (he had no previous relationship with Malaysian). Will said the Malaysian frequent flyer points were in his account a few days later, at which point he then booked his return business class flights to the Tour.

I should at this point say that FF points is not just for very frequent flyers, they're great for frequent spenders, if you can find a credit card with good points earning and conversion.

Frequent flyer considerations won't play as big a part for shorter domestic or short haul international flights (for example Scandanavia or the UK into France) but they certainly play a part for a large number of Aussies, Kiwis, Canadians, North and South Americans and those coming from greater Asia and Africa.

Some people may have a preferred airline (for whatever reason).

And if you live near a major airport, chances are that your preferred airline will fly there (or from another airport after a short flight from your airport).

VeloNomad's personal preference is to fly Qantas due to membership of Qantas' salubrious Qantas Club (sadly, VeloNomad pays for this privilege).

However, one mustn't be too rusted-on a customer – VeloNomad is happy to fly with Singapore as well, as long as the destination airport is in or near the Alps or Pyrenees and minimal driving is incurred.

(VeloNomad believes holiday time is best spent on holidays, not on infernal endless driving as was the case in 2011.)

However, with Qantas' recent alliance with Emirates (read more here), and with Emirates flying into Nice, Lyon, Geneva, Milan and and Barcelona, VeloNomad would almost certainly try and fly Qantas/Emirates into Europe.

As with any trip, being aware of baggage rules and charges is very important; this is especially the case for cycling trips if you're taking your bike.

(Have you seen the VeloNomad bike bag review page yet?)

You can figure on a bike and bike bag weighing between 15 and 25kg.

(A BikND Helium or Scicon is the best way to minimise your weight. Actually, Dear Reader, a bike box is probably the lightest solution but for a variety of reasons VeloNomad does not think they're worth using. Here's a good reason why from reader Damien.)

Taking a bike will probably necessitate at least 10kg of extra baggage and possible surrendering of some other luggage. Really, a bike, bike bag and ancillaries will add 20kg to your luggage. 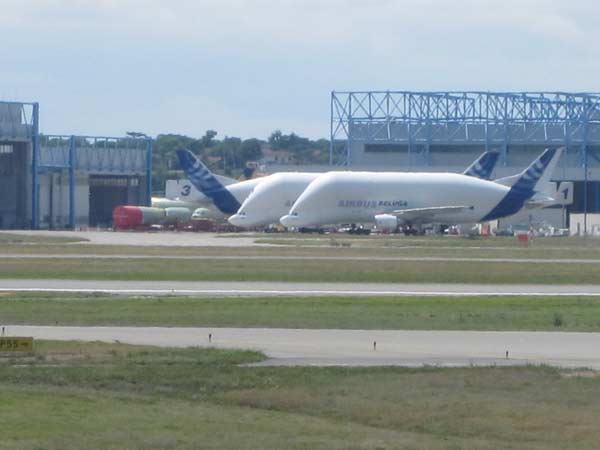 With all the bikes flying, Airbus had to make this beast.

With each airline having different rules and charges on excess, you need to be very mindful of all the rules.

Of particular risk is when you are on a codeshare flight. (Here's a good example of how you can get caught out – scroll to British Airways shambles.)

When you check in at your departing airport, you'll be fine as you'll likely be checked through all the way to your destination (for alliances and codeshares).

However, when you're flying home, what a mess! It's possible (read: likely) that the codeshare or alliance airline won't honour baggage rules or allowances.

The exception to this is business tickets, or for frequent flyers with silver, gold or platinum status and flying on airlines part of the same alliance.

VeloNomad won't go into the intricacies of all the rules and potential rules, suffice to say this is very complex.

The best airlines for baggage are many-varied and will depend on where you're flying from.

For the Aussies, your best bet is Qantas/Emirates with the Qantas Club (33kg), Emirates (30kg), Singapore (35kg) or Malaysian (35kg if you can find the right agent). Oh! And Virgin Atlantic allows free bike carriage. 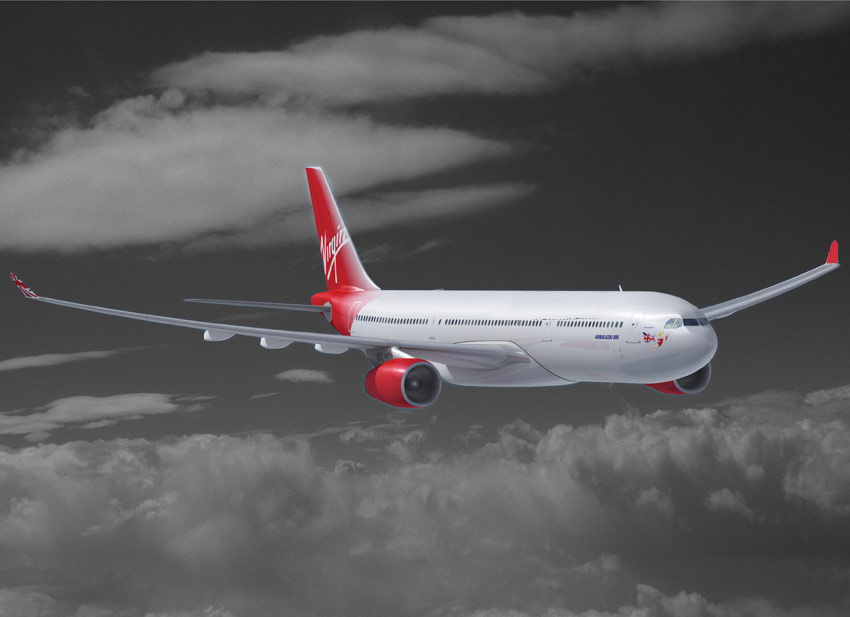 Sometimes your schedule is so limited in travel dates that you have no choice but to accept a slightly more expensive flight or crazy routing.

Hopefully though, you do have some spare time to not have to be limited by dates.

Take it from VeloNomad. If you're flying multiple airlines it pays to fly with airlines that are well integrated.

Better still, try and fly with a single airline.

In 2010, as mentioned earlier, VeloNomad had an around the world flight on United Airlines/Lufthansa/Qantas via the US.

As a Qantas Club member, and as this was a QF number (on codeshares), VeloNomad was entitled to 33kg around the world.

Imagine VeloNomad's shock and surprise when the United and Lufthansa legs were changed to 1 x 23kg (without notification).

And in 2011, imagine VeloNomad's utter outrage to be told at Charles de Gaulle airport that the 33kg Qantas baggage allowance (for Mr and Mrs VeloNomad) would not be honoured by British Airways. This necessitated a €40 excess baggage fee to Heathrow (not a bank breaker by any stretch, it's the principle you see), collecting bags in Heathrow, changing terminals (thank goodness for the excellent transit between terminals at Heathrow), and re-checking in at Qantas.

Now, BA and Qantas have been partners for a very long time, so this fairly poor. BA ought to know the rules for Qantas FF and Club members but alas this was not the case.

So if you have some preferential or extra baggage, you might want to fly a single airline or an alliance with a very clear baggage policy (like Qantas/Emirates).

For many people, choosing an airline will be a case of whatever is cheapest. And as long as you're happy with the routing and arrangements, that's cool.

Once you add in bikes though, things get a little trickier especially if flying a long way for your trip.

As with anything, do your research first, particularly with bike rules.

The Cycling in France guide covers a lot of other salient trip planning information in more detail. Get it here.

Campervanning France is a must read guide for those planning a campervanning trip around France.

Previous Post: How to Choose between the Alps and Pyrenees