Tolls
Tolls are quite prevalent on French motorways (Autoroutes) and can quickly add up. I think we spent around AUD$500 with minimal driving.

Often you can drive on a road right next to the Autoroute which is freeway standard, for free. 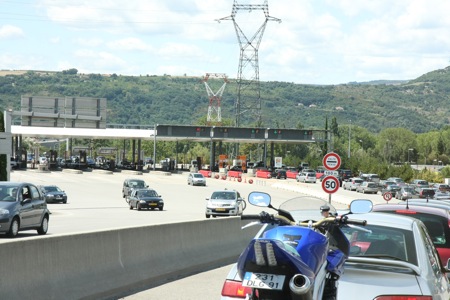 Approaching some tolls near Valence

The tolls are a mix of automatic and manned booths. It's pretty straightforward to use the auto booths – generally at one end you get a ticket from a machine then at the other end (or exit), you pay via credit card at a automatic gate or a manned booth. 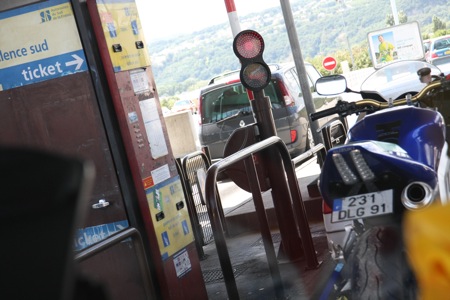 Where a ticket system is not operated, the booths simply charge you on the way past.

Pretty straight forward so don't panic. If you don't speak any French, they will just write the amount down on a piece of paper and show you, or else you can just hand your card over like I did. 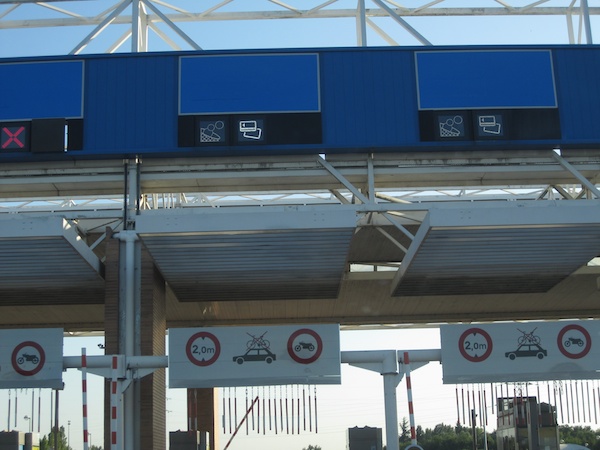 Credit cards and coins - careful of bikes on the roof! 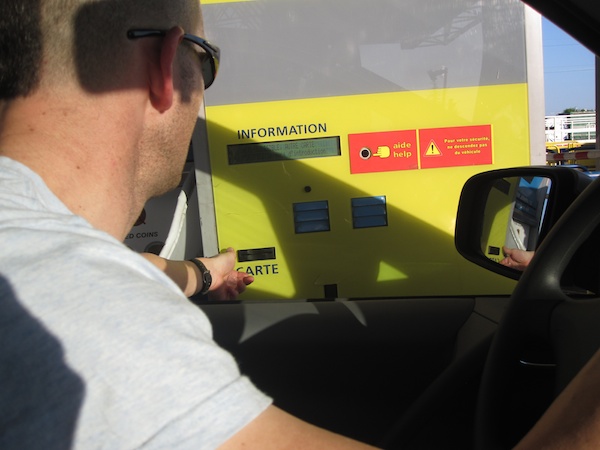 Fuel
Fuel is pretty much the same as any other western country with the exception being diesel. Diesel is also called Gazole, so if you don't see a Diesel pump at the service station, look for the words “Gazole”.

Food
One of the things (of many) j'adore about France est la cuisine! The food is most similar to what I can get here in Australia; lots of cheese, avocado, mushrooms, protein and vegies. 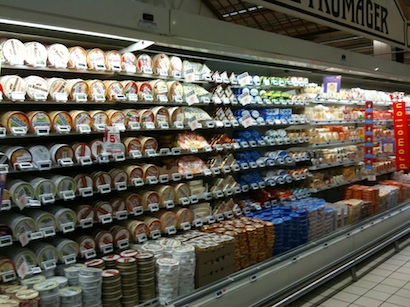 What you eat over there really is up to you, but I found it was a function of how you travelled. In the campervan, it was easy for us to cook and prepare our own food.

We stuck to pasta for dinner, but our main dinners were take-away pizza. 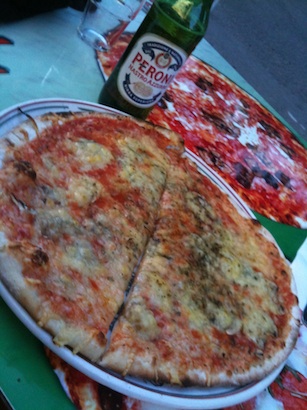 We usually ate croissants and coffee every morning for breakfast. 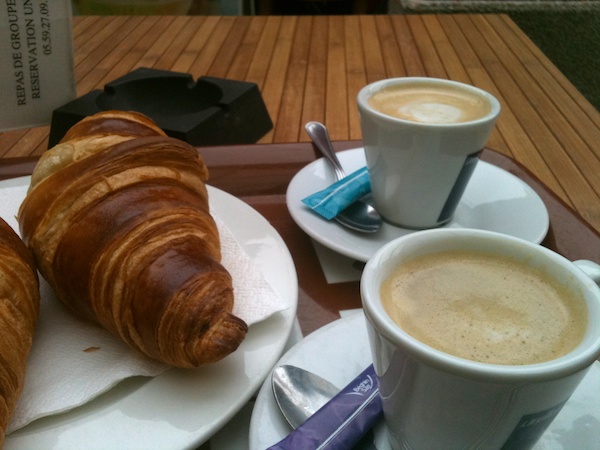 For lunch/snacks, we had fresh baguettes and Laughing Cow cheese (la vache qui rit), avocado, ham and tomatoe. I think we had about 2-3 baguettes a day, each.

Eating out can be very expensive; think 20EU or more for mains, and I wouldn't call the standard fantastic in a lot of places. Compared to somewhere like Melbourne, where $20-$25 gets you a very good main, or even a couple of dishes, France is expensive.

To be honest, France isn't the place to be worried about diet. Go crazy, especially if you're riding a lot.

Camping
France is absolutely set up for camping, both tent camping and campervan/caravan camping. I'm not going to discuss the camping versus campervan versus hotel options, that's covered in Part 2 of this series.

In most other circumstances, you could probably just wing it and turn up to a place.

However, given you're most likely going to be following the Tour, I'd highly recommend booking some camping (or a hotel) ahead of time, if you don't have a campervan, in towns that the Tour visits, or even ones near the Tour. Remember, there's something like several hundred thousand people following the tour day to day.

I know this information is brief, but you can read it all in depth in Guide to Cycling through France.

In the next post in this series, I'll cover following a Tour de France stage as well as wrapping up with some tips and tricks.

Next Post: How to Plan a Cycling Trip to France Part 5: the Le Tour stage