What an exciting time of year for cyclists!

Not only is it summer for the grizzled, cold Melbournites; it is the start of indoor ergo season for our northern hemisphere readers…woooot! (can I get a little woot-woot? No? Anyone?)

Oh, and also, the parcours 24th edition of L'Etape du Tour—Etape 2016— has been announced in conjunction with the 2016 TDF parcours.

I'll have a breakdown of the TDF soon including the annual Tour de France Spectators Guide including where to fly into, where to watch from and so on.Make sure you're on the mailing list to get it: velonomad.com/subscribe

For the video hipsters amongst you…

But let's have a quick look at the Etape course.

The Course:  Megeve to Morzine

I love the area. The Megeve-Flumet-St Gervais de Bains area is so very gorgeous.

It's one of my favourite areas in the Alps.

The only thing I don't like is their undercooked hamburgers, despite asking for them bien, bien, tres bien cuis!

The course proper is hard, without being outrageous. There's only around 3500m of climbing which isn't an incredible amount but provides enough to be of interest. The day starts at 1050m which eliminates around 500-700m of climbing.

There's a downhill finish which is interesting as typically riders spend the final kilometers in a deep trough of pain as they scramble up a steep and seemingly relentless climb, often times with an unrelenting Gallic sun beating on their backs.

But, what's this? Something seems amiss with the 2016 Etape course. 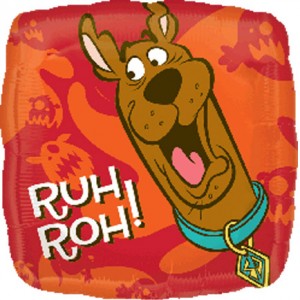 What's glaring to me is the lack of a storied Alpine climb, like a Tourmalet or Arcalis (on the menu in the Pyrenees in 2015). On that, I feel a 2016 TDF Pyreneean stage might have been more epic, however it's understandable that they’ve chosen the Alps given they alternate between the two.

However, there's no escaping the fact that the chosen stage will be gloriously beautiful (weather permitting).

I actually (and shockingly) have not climbed any of these except climbing into MOrzine Avoriaz. But I have driven up and down them a few times whilst touring the areas or transiting to Chamonix and the High Alpes.

They're certainly not easy but are not super-difficult. But, as I always say, they're only as hard as you make them. If it;s all too easy, drop down a cog and slam it.

But actually, some of these climbs are pretty tough. It might be an indication that I have lost the plot slightly when I consider 1600m climbs to be piddling little things.

The first two climbs are rather inconsequential as you start at a high altitude and stay there for half the day. 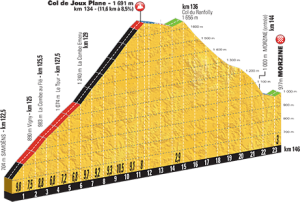 Registration is via selected tour operators or on the L'Etape/ASO website.

Race entry-only from the ASO is now sold out.

I'll be honest with you Dear Reader: I feel as though the ASO are squeezing the punters here a bit.

In the past, the 75EU got you entry and a schwag bag including backpack, water bottle and cool tshirt.

However, it sounds like the 100EU gets you entry and that is it. You have to BUY the water bottle.

Why do I say that?

Well from next year, the ASO has introduced an eye-watering 1200EU package that makes note of the inclusion of a water bottle.

I have to say, I'd be shocked if the swag bag has been withdrawn from the base entry.

I'd be equally shocked if the 1200EU package didn't have a tshirt!

Anyway, what does the package get you:

As I mentioned the 100EU race entry-only option is sold out, so get ready to pony up for a 1200EU package or contact a tour operator. The tour operators link on the Etape website is broken, so contact Mike at Breathe Bike about their Etape packages or Bruno at CycloMundo. Quote VeloNomad when you book and tell them Tim from VeloNomad sent you.

If you want more detail on L'Etape 16, Jump on my Etape list.

My insights save people time and money, plus you'll be notified as soon as the 2016 Etape du Tour Survival Guide is ready (early Dec 15).

If you'd like to get access to my planning insights from years past, you can grab one of the previous guides: 2015 and 2014.

I charge a nominal couple of $ for them as the approaches in them are repeatable each year albeit with some changes for each year. Plus a lot of work has gone into them.

Previous Post: The WHO’s finding on meat and cancer any why you should listen