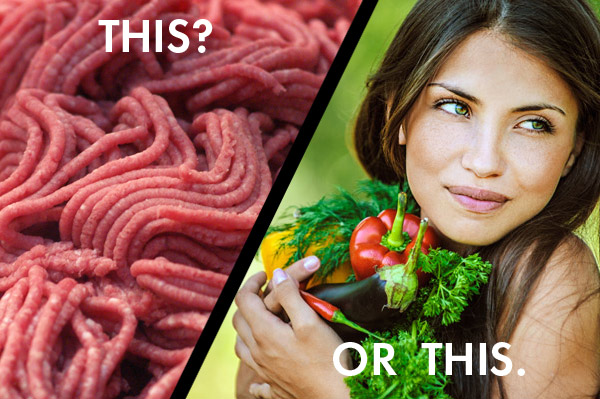 Wow! Has the World Health Organisation, or more precisely, it's International Agency for Research on Cancer IARC) thrown a cat amongst the salami and sausage fanciers with their recent findings that processed meat and red meat cause cancer.

The press release is here and Q and A (interesting reading) here.

Precisely, this is what they found:

It's been an illuminating experience watching the reaction to the WHO's announcement and for the video folks, here's a video I made about it.

In case you think meat an dairy is good for you, start your investigations into why they're not with this one podcast by Rich Roll with Garth Davis MD about our protein obsession and how it's killing us. From there, you can check out The China study and go from there.

Or check out velonomad.com/plant-powered/ where I'll start putting up more info.

This will be of no great shock to those who have read The China Study or listened to people like Garth Davis MD, or are familiar with the Harvard Nurses study (or any other similar longitudinal epidemiological study of similar breadth and focus).

However it has definitely shocked the general populace out of nutritional apathy.

What has this got to do with cycling and travel? Well, as a cyclist, you're probably inclined to be concerned about your health and therefore your ability to cycle until an old age.
Ergo, if someone tells you what you're eating will likely give you cancer, it is obviously of consequence to you. And of course, I care about all my Dear Readers and their health.

Anyway, to set the scene, here's a Polar Poll I ran some time ago about eating meat vs abstinence or at least some level of abstemiousness.

I put another one up after this announcement, and I'll get to that in a minute. What I've found most interesting is the reaction from different parties, particularly:

Notably, there was an almost complete lack of acknowledgement of the veracity of the study and its implications by animal welfare, vegetarian/vegan groups or media types, at least in the Australian media.

Sadly, the discourse devolved into a collective apoplexy about “I STILL WANT TO EAT MY BACON”.

To watch a fat, unfit, obnoxious Ray Hadley (right wing shock jock) state rather proudly he would continue eating rashers and rashers of bacon every morning, in the face of evidence that it would likely contribute to his death, was a telling insight into some parts of Australian society and its relationship with nutrition more generally.

I feel like a TV program like the Project could have taken itself half seriously and gotten Durianrider, Rich Roll, Mike Cotty or any number of informed, rational commentators on to add value to the debate.

Rather, they predictably asked so-called experts to come in and soothe our nerves and tell us that, yes, we could continue eating all this stuff “in moderation”.

Barnaby Joyce a sometimes-obnoxious, probably well-meaning, Australian politician who belongs to the Nationals (ostensibly the party of farmers but in truth they are anything but).

International readers of VeloNomad may remember Barnaby as the Australian minister that covered himself in ignominy with his rather indecorous handling of Johnny Depp's covert miniature dog importation racket into Australia whilst he was here filming the latest Pirates.

So, hardly a bastion of pragmatic, rational, measured thinking and discourse. (As I said, he's largely well-meaning though.) 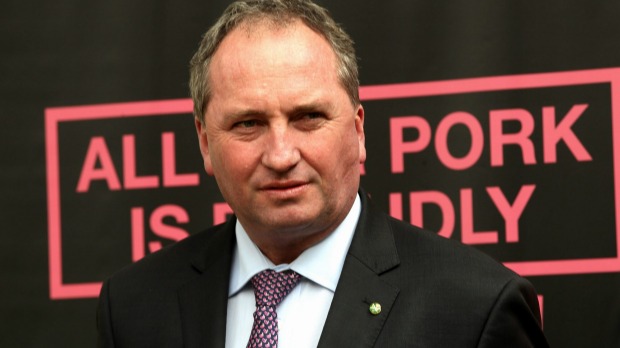 He looks unfit, sounds unfit and probably is very unfit. I'll bet he tucks into plenty of bacon and snags, and I suspect his nutrition and health is not a top priority.

Anyway, Barnaby disputes the WHO on red meat and its links to cancer saying if we listened we'd all be back in caves (WTF?).

You can read his diatribe here: bit.ly/vn-barnaby.

I mean, he's talking his constituent's book (lamb, cattle, pork farmers) and that's fine, but to call into question the veracity of the findings because of a) his love of snags, b) his constituents, or c) some perceived primacy and divine right of humans to eat animals is plainly stupid.

Barnaby: It's the FREAKING WHO!!! Not some industry-funded “research” (cough meat industry funded Weston A price foundation discrediting soy).

You can check for yourself who was on the assessment panel right here: http://www.iarc.fr/en/media-centre/iarcnews/pdf/Monographs-Q&A_Vol114.pdf To save you clicking through, I don't see any vested interests there.

My personal impression of most nutritionists and GPs as it pertains to nutrition and their knowledge thereof, doesn't amount to all that much.

The response to these findings has alarmingly been one of: “it's ok, you can continue eating food that has strong links/certain links to cancer, as long as it's in moderation”.

I would discount anything one of these people says.

This is probably where you fit in.

Remember that Poll I ran a while ago?

Well, after the WHO announcement, I ran another one.

What's interesting here has been the resistance and excuses for continuation of a habit (and that's all it is, meat intake is not essential to your health) by consumers.

1. “But But But, The findings are wrong.”
Some dear family members have stated this us all a sham as it's “one study”. Actually, it's based on around 800 studies. But sometimes, it's like banging your head against the wall.

3. “My grandfather ate meat and lived to 93.”
That's like saying I knew Mrs Jones who smoked and didn't get lung cancer therefore smoking doesn't cause lung cancer.

4. (Misdirection) “They [ed: whomever “they” are] found links between grain and cancer.”
Misdirection! It doesn't mean it's not true, but it's a poor debating tactic and completely ignores this finding.

That's like saying: “X AND Y cause cancer so I should expose myself to both! One cancels the other out!”

Let me put it this way. If someone told you that something you did daily, was going to increase your chance of dying before your time by 18%, would you roll the dice on continuing that path?

More broadly, and more interestingly, I'm curious as to why this is so shocking.

I mean if you were told tomorrow not to wear your seatbelt and start smoking you'd laugh.

The smoking-is-bad and no-seatbelts message is ingrained into our psyche now. People who don't accept these norms are outliers.

But I suppose as with anything, follow the money.

Think about the messaging on TV. Ads for burgers, not bananas.

Many, many, honest, decent folks just deeply believe eating meat is nothing but good for you and there is no problem eating animals (notwithstanding the planet simply cannot sustain an animal protein-rich diet for all the world).

(And ok, meat is delicious too. As long as you don't think where it came from too much.)

And undoing all the programming that all that marketing has done (“put pork on your fork!”) is hard.

But don't we trust the WHO? Why don't we pay attention to this?

I suppose it comes down to being told something we like (alcohol, hamburgers) is bad for us causes internal tension.

And when these thoughts are so entrenched, when they are challenged, we have cognitive dissonance and react with anger or ignorance (instead of rationally responding and seeking out more information).

Following this thinking, I'm SURE if there was a pill people could take that aimed tor mitigate the damage meat caused, people would take it.

All I am saying, is pay heed to this, because this isn't some fly by night boondoggle study.

This is an international independent body challenging a wall of money and accepted orthodoxy.

And that will always cause trouble

To avoid claims of bias, here's Examine.com's take on this.