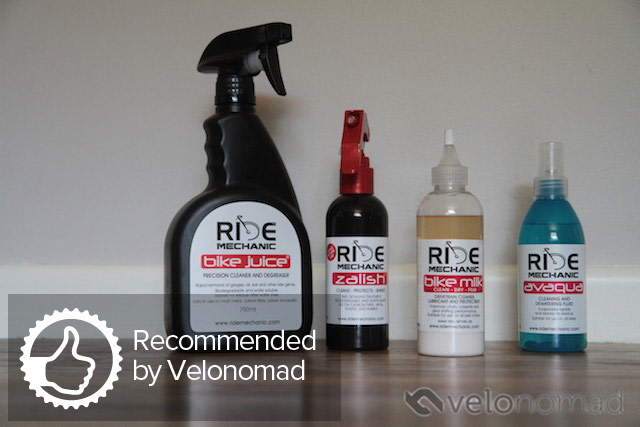 It truly is an unedifying spectacle to turn up to your local race with your go-fast bike covered in insect debris.

It's even worse getting home knowing you've got double the debris to remove. Not even the warming glow from snaffling that C grade win soaking into your skin on the trip back down the highway (accompanied by a sneaky Jim Beam traveller surreptitiously and strategically secreted from the highway constabulary) can dull the pain to come.

Whilst there are mitigating strategies available (see Scicon Bike Defender review), let's be honest: it's a special feeling to race up the highway with a bike atop your car that is worth more than some of your fellow road users' actual cars.

But is that egotistical zing worth the pain you'll endure in removing the remains of about 50 bugzllion (see what I did there) bugs who’ve been blowtorched onto the frame by the hot dry wind of the Australian air?

Some may argue yes. But that’s because they derive a certain (weird, and wholly unnecessary) satisfaction in spending countless hours treating their bike with more care than other, arguably more important aspects of their life. (Cough *hi Craig* Cough).

Me? My life on this planet is short and I am all about bang for buck.

I like efficiency like my 54″ Kubota zero turn mower which has cut my mowing time by 90% (I am not joking). Price worth paying folks.

And so it is with bikes: overly aggressive degreaser followed by a blast with the Gerni is classified as “high-end bicycle stewardship ” as far as I am concerned.

Make of that what you will but I am sure I am not alone.

orUsually, the extent of my cleaning involves spraying my bike with a degreaser or hot soapy water, followed by a half hearted wipe down, ending with a spray with a Gerni and hoping for the best.

I’ve also made a Frankenstein-esque chain and cassette cleaning jig which lets me soak both in petrol then spray them with and unholy and hellishly-pressured jet of water. 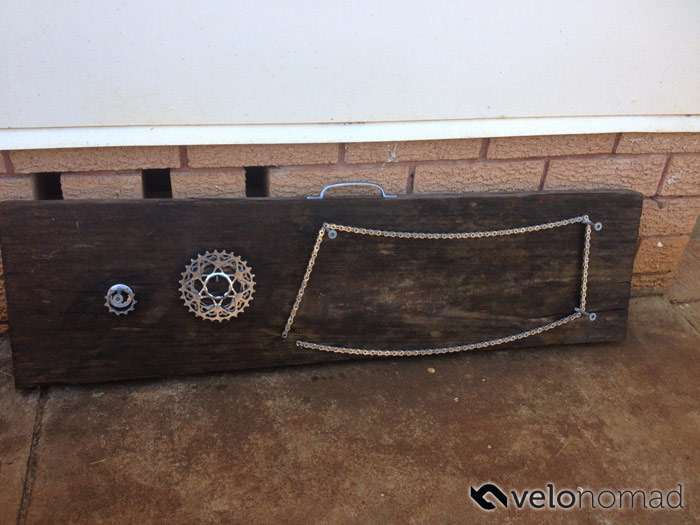 However, with bike makers’ propensity to make matte carbon frames, crusty insect debris coupled with a hot sunny drying wind applied at 110km/h for 1 hour, are not a great mix (certainly not as good as the mix in his sneaky traveller, anyway).

For this, my standard hot soap and water will need to be upgraded.

At this point, you'll be wandering, “what on Earth could one use to decrust your bike, Timbo?”

Well, dear Reader, until recently, I'd have nought to answer you with.

But fortunately, I am packing a secret weapon.

Owen the Ride Mechanic (whom I discovered on Facebook) was good enough to send me a load of products to test after a request for information, which included:

Firstly, let's look at what each product does and how I used it. Note, at the time of testing, due to the paucity of riding I am currently experiencing, I had not used the Bike Butter or Bike Cream.

Bike Juice is a concentrate (which I got in a 1L pack) used as a concentrate or diluted. Using it in a concentrate form is not recommended: it's like bringing a tank to a guns-at-noon in 1850 . Instead, just dilute it at a rate of 1:100 (or 50:1 if that’s your thing) in warm water. Think of it as an all-purpose cleaner: it basically lifts grime from your bike and dispatches into grime-hell.

To test Bike Juice, I just put a small lidful in a bucket of hot water and ensured I got suds/bubbles which I then applied to the entire bike and drivetrain. I used a soft bristle brush as my bike tends to go a bit long between cleans (like, a really long time).

You could easily use a rag for cleaning, and use the brush on the drivetrain.

Bike Juice really does a great job of actually cleaning your bike. I did notice some bits of grease were left on some parts of my matte frame (I’ll never buy a matte frame again, srsly). However, a quick squirt of Bike Juice fixed that in a jiffy.

Bike Juice dominates all the other so-called cleaning products I have tried from car stores (like Supercheap Auto) and hardware stores.

What interested me about the Bike Milk and Bike Cream chain lube in particular was the use of a non-toxic solvent. My previous lube-Rock n Roll Gold-apparently contains a neuro-toxin called hexane.

Ride Mechanic lubes, however, do not. The owner of Ride Mechanic has a PhD in chemistry (!) so obviously knows his stuff. At the same time he cares about end users (and neurotoxicity), hence his decision to use safer (albeit more costly) ingredients.

Moreover, RNR Gold can freeze up in cold conditions as it uses a wax dissolved/suspended in the hexane. Although the cold doesn't bother me as I live in the subtropics, it does affect those who live in colder climes. Ride Mechanic lube suffers no such issues.

So if you are used to RnR Gold you will find Milk and Cream are very good replacements.

On the Ride Mechanic website, you’ll find a ridiculously detailed breakdown of when to use Milk or Cream, as well as scientific evidence of how effective it really is. If data and evidence in backing up claims of superior performance is something that's important to you (as it is to me), check that page out. It's easy to say “yeah our lube is super rad and does X, Y, Z” but I want to see the results of a penetrating fluorescent dye test.

Avaqua (Avert Aqua) is a great product that helps evaporate moisture and also adds polish. I live in the Australian subtropics, so it tends to be quite wet (but warm) so I'm often on wet roads. The air also carries a lot of salty moisture as we’re near the coast.

So this product is ideal in helping protect the bike from salty corrosive moisture (the enemy of metal!).

Avaqua is made from isopropyl alcohol.  You use Avaqua on cassette, on your chain, sprayed into your pedals, brake calipers and brake levers.

Make sure you take Avaqua on your travels in case you're near the coast, or are riding in the rain.

Zalish is a product for cleaning and coating frames, which leaves a protective finish.

THIS IS AWESOME for people like me who LITERALLY have no spare time for such ostentatious past times as cleaning bikes.

You can read more of this space-age, super-powered product here.

I've never really used a frame finish before. Rather, I tend to wash my frame in degreaser and/or hot soapy water, rinse off and wipe down.

I live about 3km from the coast and although my bike in stored inside in dry conditions with minimal windflow, it probably ought to have a protective finish.

The combination of Zalish and the frame cleaner had my matte frame looking incredible, just lush and sleek. It certainly did not look that good out of the box. 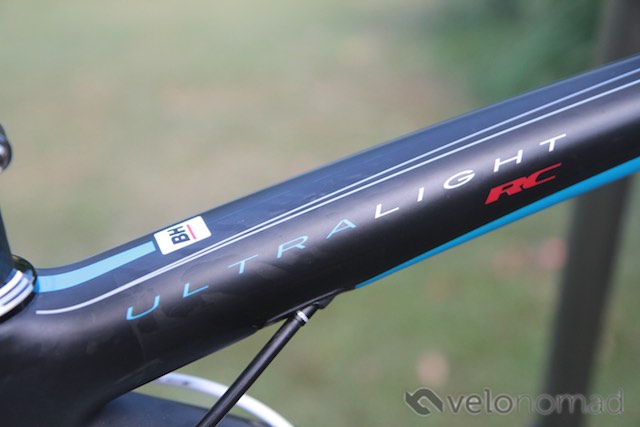 Hard to understate how sleek the frame is

Since using Zalish my bike is actually easier to keep clean.

Zalish is great to take overseas if you want to give your bike a quick buff before heading down the local boulangerie in Bedoin before battling up Ventoux, with hopefully more luck than Froome might have (2013 excepted, obviously).

As a rule, I don’t use anti-chafing or anti-friction creams.

This is mainly because with a toddler, full-time job, and farm, I don’t have time for long rides, so don’t need chammy cream.

The one (yes, one) time I have used anti-friction cream-in my chamois, on a 260km gran fondo-my god it made a difference.

Once I did, I was a convert.

And so it goes with Downunder. Slap that stuff on for each and every ride.

What’s really good about Downunder anti-friction balm is that it contains only natural plant extracts.

No nasty parabens or myriad other harsh chemicals.

Triathletes will definitely want to read about the benefits of Down Under in the swim leg.

Ride Mechanic provides a great range of cleaning products for your bike, as well as chammy/anti-friction cream.

I also like the fact it’s run by one guy with a PhD in Chemistry, so you know that the owner knows his stuff and carea deeply about his product.

Now, that's all well and good but what's a review without images. I must apologise if this images understate a) how bad my bike really was, and b) how good it looked after treatment with Ride Mechanic Bike Juice, Avaqua and Zalish. Believe me though, this stuff is legit. 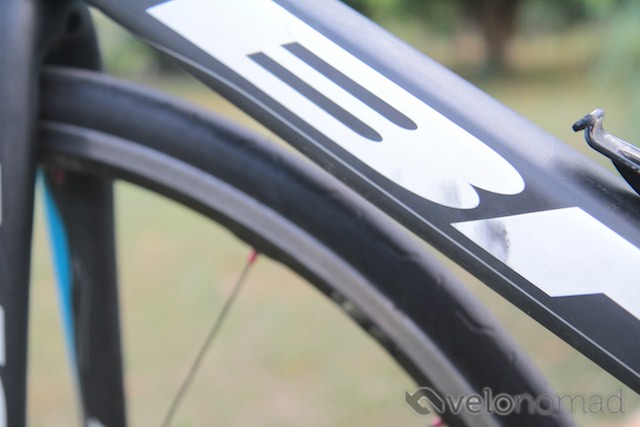 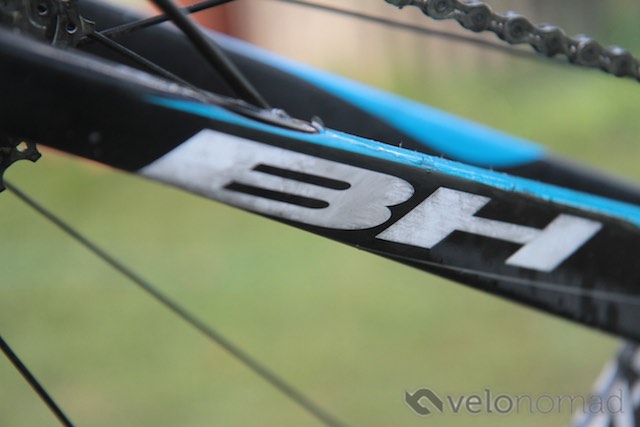 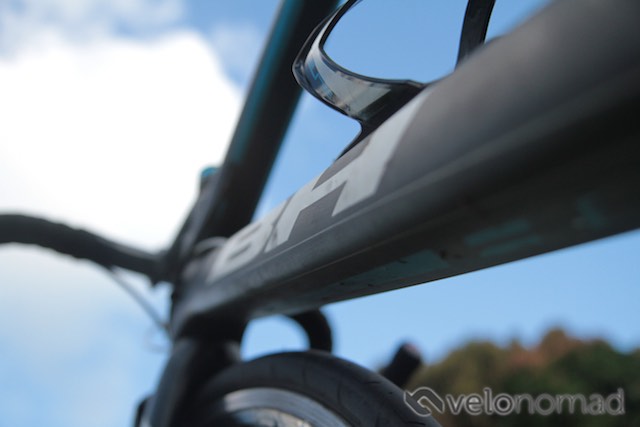 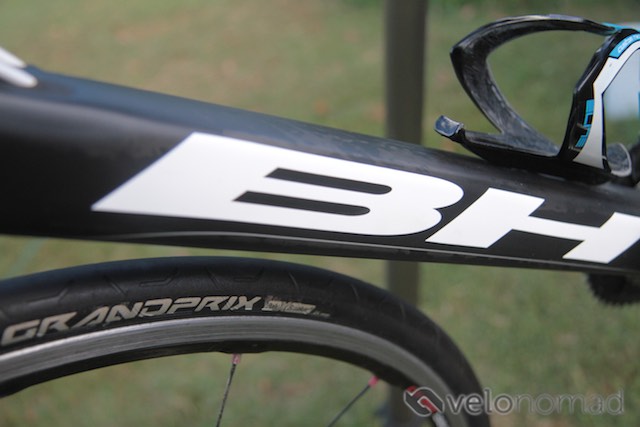 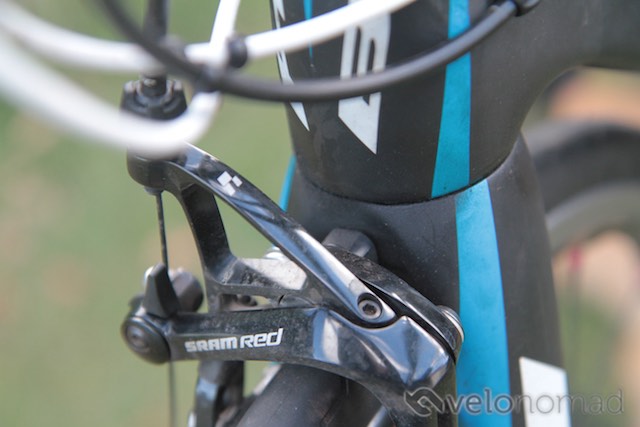 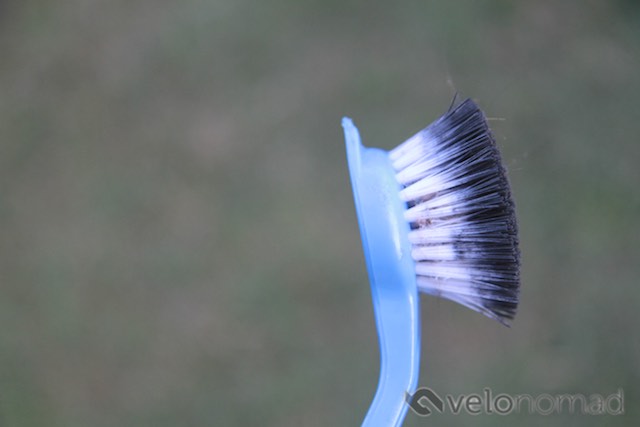 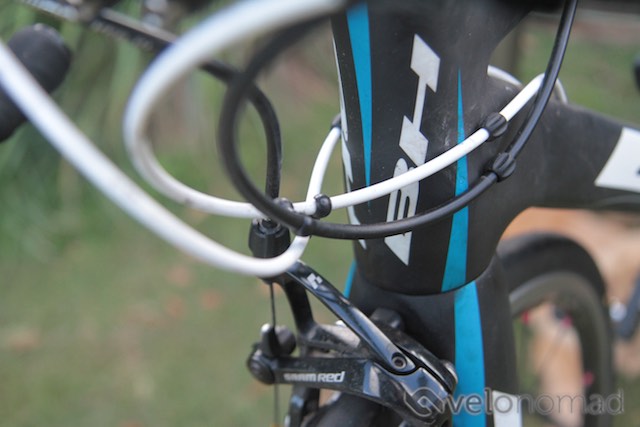 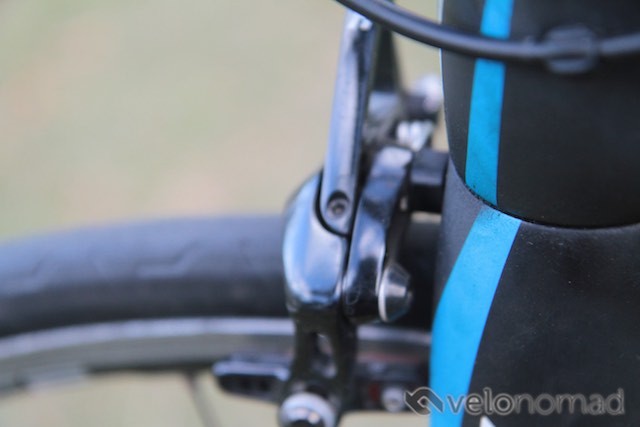 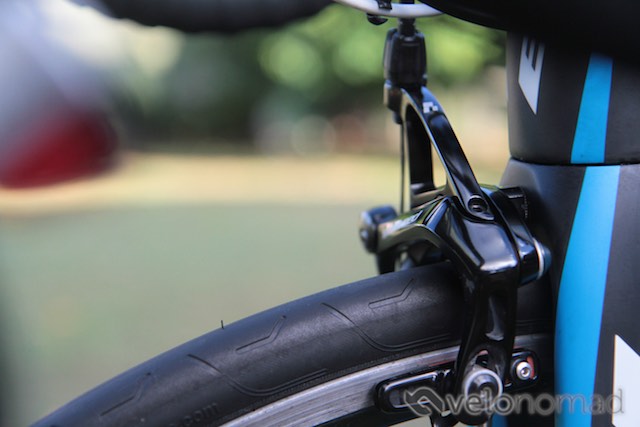 Hard to understate how sleek the frame is 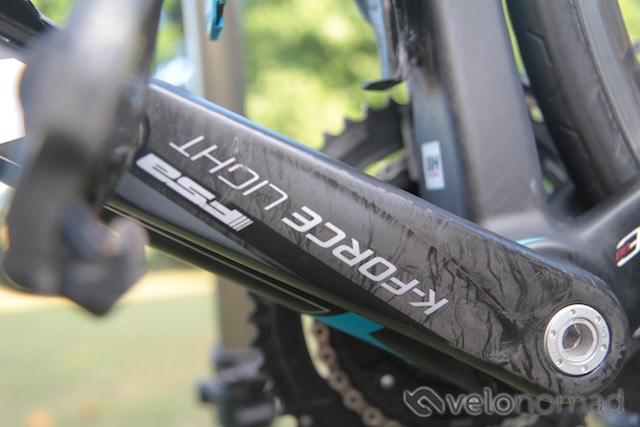 Ride Mechanic is not available online, so please ask your local bike shop, or find a stockist here. If they don’t stock it, please ask them to contact Owen at Ride Mechanic.

Ride Mechanic Review: Bike Juice, Bike Milk, Zalish and Avaqua are must-add cleaning products if you're serious about actually looking after your bike and prolonging the longevity of your parts.

Previous Post: Etape Australia review: is it worth it? (Unrehearsed Ambivalence)