Day 12 dawned sunny and quite cool and I snuck a Peyrasourde ascent in. The Bagneres de Luchon side (Arreau, where we were, is on the opposite side) is harder and more picturesque, then headed down so we could head off to Les Cabannes at the base of the last climb for Stage 14 into the Plateau de Beille the next day.

I really like riding these little Cat 1s. They're not crazy long or steep, and you can stomp them.

The Peyresourde was quiet and wasn't taxing at all. The road was lovely, lots of poppies and spring wild flowers. 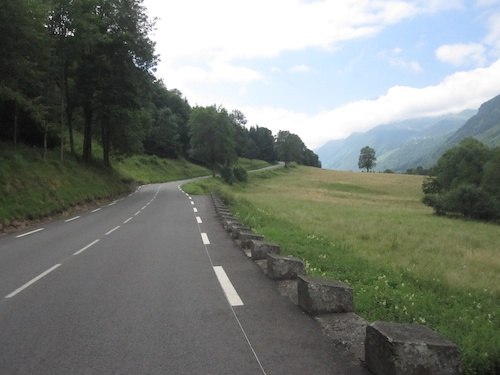 One of the joys of riding around France are the constantly changing views and small villages. I LOVE the little villages. Almost always dominated by a church. 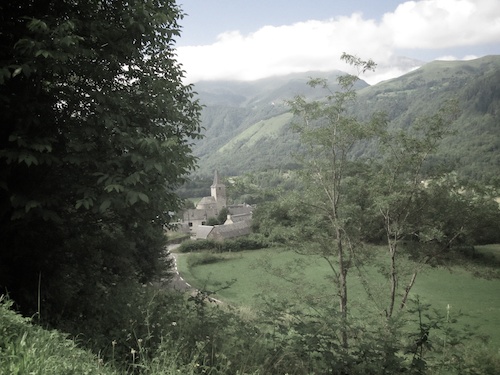 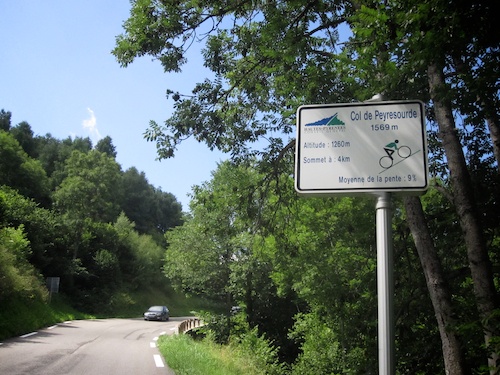 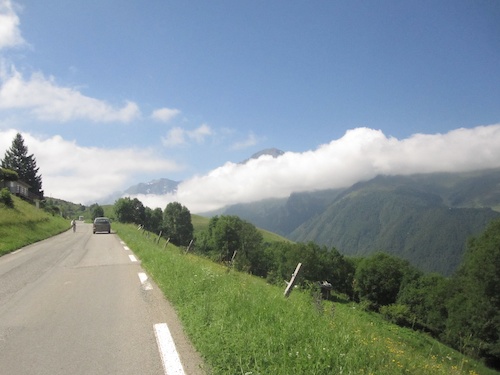 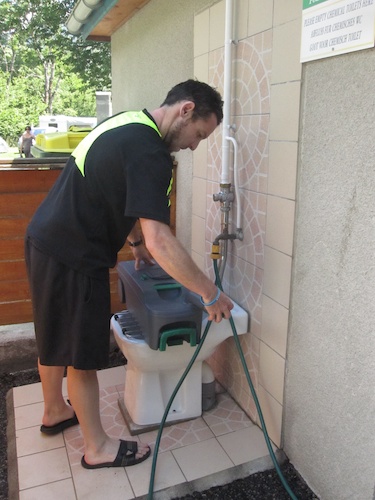 The GPS took us off the tollway quickly and we basically followed the Tour route over the Col de Port (great little climb out of St Girons) and into Les Cabannes.

This was on the Col de Port. 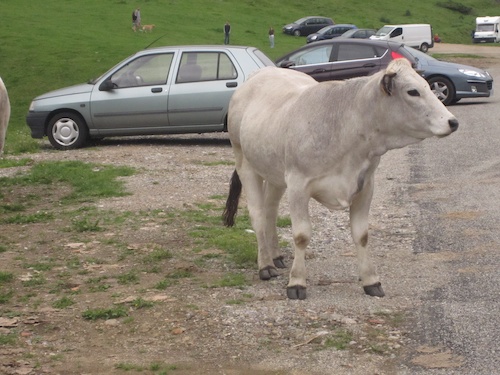 We started passing campervans well before town and I knew we'd struggle for a spot.

As we got into town around 4PM my heart sank. There was little campervan space. We drove back along the road and parked at a spot near a cafe but it was right by the road and was pretty crap.

We agreed to have one last shot in Les Cabannes and if that did not yield fruit, to head to Ax Les Thermes and blow the Tour off.

We got into town and happened upon some parking signs which took us out of town and into a field, which I thought was the camping.

The actual camping was 150m further away but we thought we'd be ok. We went out to town for a pizza and by the time we got back, loads more people had filtered into the field.

We watched a few Game of Thrones episodes (tip: TV show awesomeness) and when I stuck my head outside we were in trouble. A bunch of people had turned up and camped and we were blocked in.

Spaniards were everywhere and it was like some sort of carnival with partying and bbq's and so on.

A bunch of crazy Basques next to us stayed up till 3-BLOODY-AM then woke at 4.30AM to start brekky.

The next day was going to be tiring and long…

After the last of the riders passed, we fast-walked to the camper and got the heck out of Les Cabannes. Getting the camper out was pretty tricky; the roads into town had people parked anywhere. Merging lanes had parked cars, even the middle of the road. There were a couple of times we need people on foot to help us get through some super tight squeezes, but we made it.

Cars were parked everywhere for about 10km out of town, it was crazy.

We got on a great road then drove for Andorra. The road was flat then approached a wall of mountain – Andorra.

My dad had been here many years ago and said it was pretty interesting.

After a big ascent (fun ride!), we got to the tunnel at the peak then started descending through the Andorran ski fields.

There was a massive amount of development; very new ski resorts and high-rise buildings. It felt very ritzy. We stopped just down from Soldeau, which looked like absolutely EPIC skiing (must come back) and got camping in a seriously windy spot.

We had a stroll around for dinner and settled on an awesome restaurant.

I dipped into some sangria again. I think it was 35 Euros for an awesome meal, this time we had paella (6.50 Euros for 2, BARGAIN), awesome chicken croquettes, calamari and quiche lorraine. 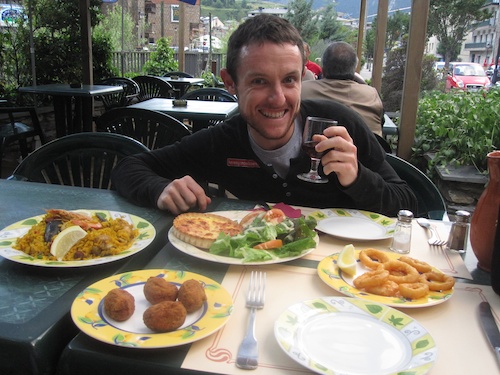 Good sleep, off early for Espagna.